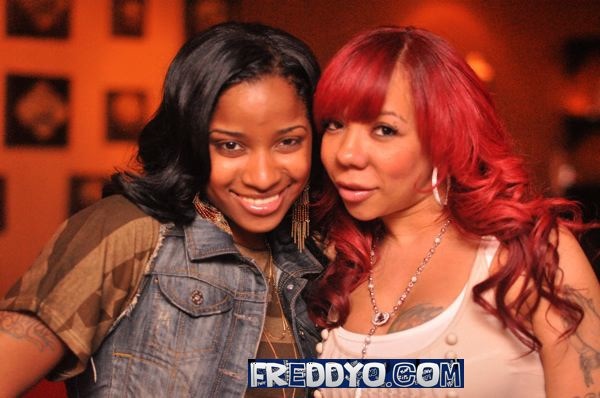 Word on the street is there will be no Tiny in next seasons’ Tiny and Toya (July 20). According to online reports, Toya will be starring in her own spin off from the BET hit entitled â€œToyaâ€™s Family Affair,â€ which will focus on her life, her daughter with Lilâ€™ Wayne and her relationships. But donâ€™t worry, Tiny will make guest appearances.

â€œWe just decided to kind of part ways because she is doing her own thing with her music career, her kids and sheâ€™s about to get married,â€ Carter said in a recent interview with radio/TV personality Ms. Drama. â€œSome things you have to just keep private and I understand that as a friend.â€

Carter hinted that her new show might possibly include her interactions with some of the baby-mamas of Wayneâ€™s other children. You know, Nivea, Lauren, and Sarah. Hope that goes well. Check out Toya this fall on BET.