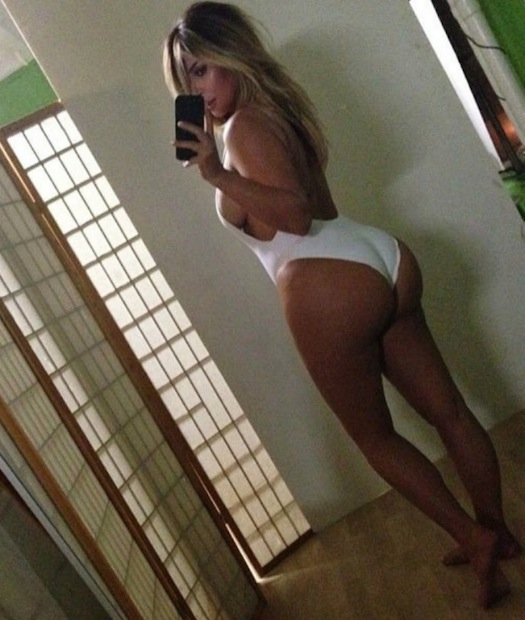 According to TMZ, two hot sisters..two great physiques…one massive difference. These girls have somehowÂ finagledÂ there way into Hollywood…not by hard work, acting, or musicianship. No. Simply by being beautiful socialites…with banging bodies. Yesterday,Â Kourtney Kardashian (left) took her booty out for a stroll in Cabo … and unlike her little sisterÂ Kim (right), she managed to fit her entire ass into her swimwear. Click below to see a comparison all the sisters!