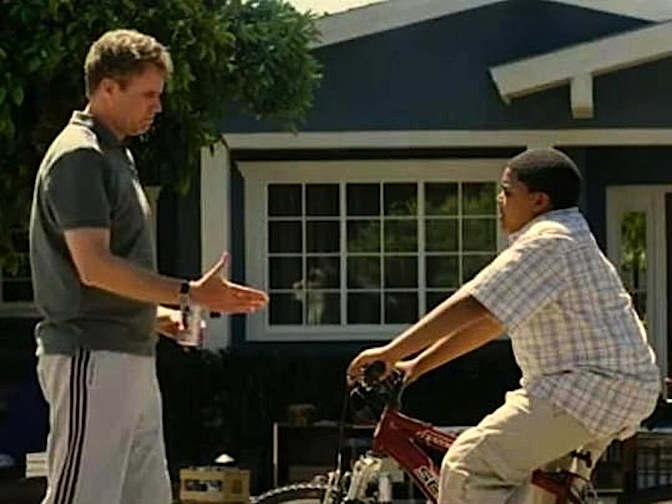 The Notorious B.I.G.’s son, Christopher Jordan Wallace, is no stranger to the silver screen. After he made a debut in his late father’s 2009 biopic ‘Notorious,’ the young actor will appear in the upcoming comedy ‘Everything Must Go’ alongside actor Will Ferrell.

The film follows Nick Halsey, played by Ferrell, a middle-aged, recovering alcoholic who suffers a relapse and loses his job and family. He then attempts to sell all of his possessions in an ongoing yard sale, which becomes a neighborhood spectacle. Fourteen-year-old C.J. Wallace plays the character Kenny Loftus, a neighborhood boy who befriends the struggling Ferrell and helps him through his crisis.