Obama and The Super Bus 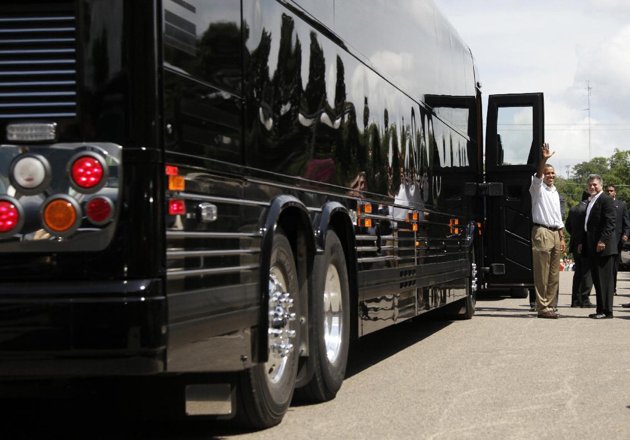 As President Barack Obama hits the Midwest to campaign for his 2nd presidential election, voters have taken notice of his bus. The recently purchased 1.1 million dollar bus is the size of a greyhound bus but way more tricked-out. While the Secret Service isn’t releasing any information on what’s inside of the bus, we know it is very similar to The Beast, the President’s regular limo. The bus is a Cadillac and comes with re-enforced doors, and bullet proof glass that can withstand a rocket grenade attack or a chemical weapon. The bus also has a number of flat screens and a PA system so he can talk to voters as he’s pulling off.

Wonder if Fox News commentators will say he needs to throw some 24’s on that bus. What do you think?