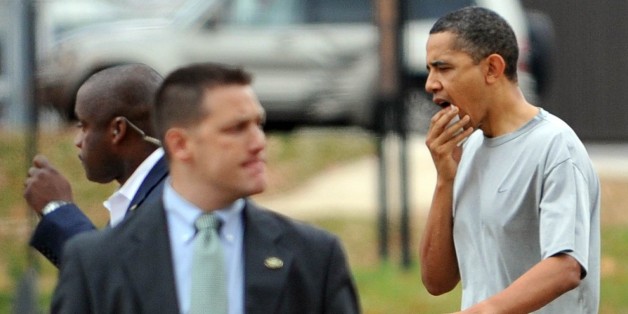 President Obama is nursing a split lip after a little basketball action on Friday at Fort McNair. The player who elbowed the President has been identified as Rey Decerega [[ day-sah-RAY-gah ]], the director of programs for the Congressional Hispanic Caucus Institute. The White House said Obama received 12 stitches under a local anesthetic to close the wound. Meanwhile, Decerega released a statement saying the President is, quote, “both a tough competitor and a good sport.” One day after the incident, the President took in another basketball game, this time from the stands at Howard University. “The Hill” newspaper reports that the President and his family were seen on the Howard campus to watch the Howard Bison take on the Oregon State Beavers, a team coached by the president’s brother-in-law, Craig Robinson.