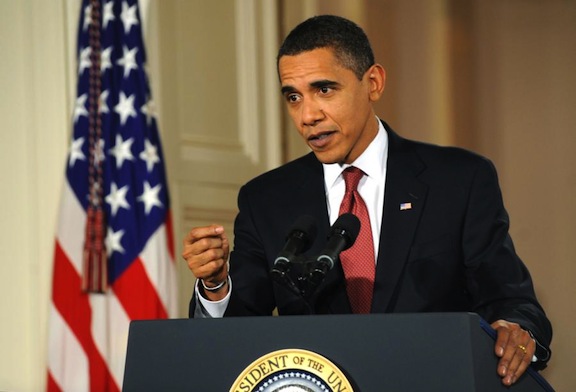 Here are the statements and video footage of the President responding to all the flak he has been taking from the celebrities on his decisions to initiate all of his policies.

â€œI know heâ€™s taken some flak lately, but no one is prouder to put this birth certificate matter to rest than â€˜The Donald,â€™ (who was actually in the audience).

â€œAnd thatâ€™s because he can finally get back to focusing on the issues that matter, like: Did we fake the moon landing?

â€œAnd where are Biggie and Tupac?â€

And he also has a few words for actor Matt Damon who had recently said he was â€œdisappointedâ€ in the president’s policies. the president said.

â€œWell, Matt, I just saw â€˜The Adjustment Bureauâ€™ so right back at you, buddy!â€