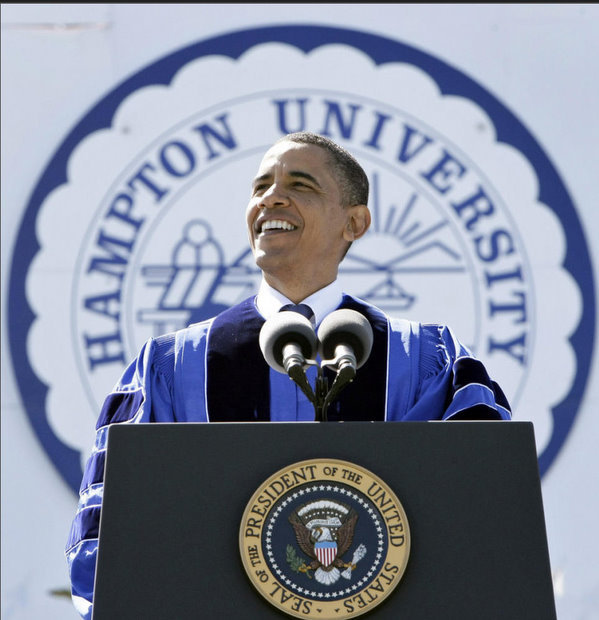 I wish I could say the President spoke at my graduation, well if you went to school at Hampton University and graduated in 2010 you can say just that. President Obama on Sunday for the first time as president delivered a commencement address to a historically black college, Hampton University, telling graduates that they have â€œa separate responsibilityâ€ to become mentors to other young African-Americans to help close a persistent gap in educational achievement. 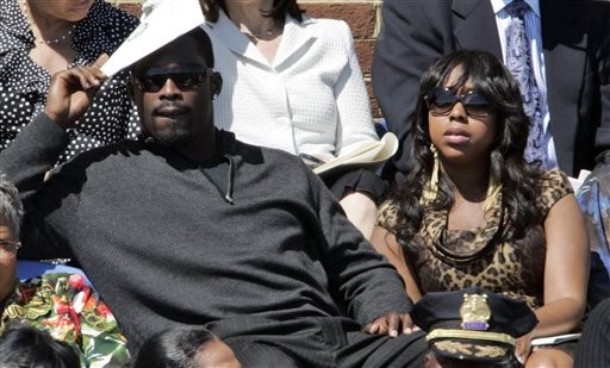 Mr. Obama, clad in a â€œHampton blueâ€ robe, said the 1,072 graduates were better poised to enter an economy still recovering from recession and facing global competition than Americans without a college degree, who have an unemployment rate twice as high as those with a degree.

â€œI donâ€™t have to tell you that too many folks back home arenâ€™t as well prepared,â€ he said. â€œBy any number of different yardsticks,â€ he added, â€œAfrican-Americans are being outperformed by their white classmates, as are Hispanic-Americans. Students in well-off areas are outperforming students in poorer rural or urban communities, no matter what skin color. Globally, itâ€™s not even close.â€

Mr. Obama said all Americans have a responsibility â€œto change this, to offer every single child in this country an education that will make them competitive in our knowledge economy.â€

But, he told the graduates, â€œall of you have a separate responsibility â€” to be role models for your brothers and sisters, to be mentors in your communities and, when the time comes, to pass that sense of an educationâ€™s value down to your children.â€