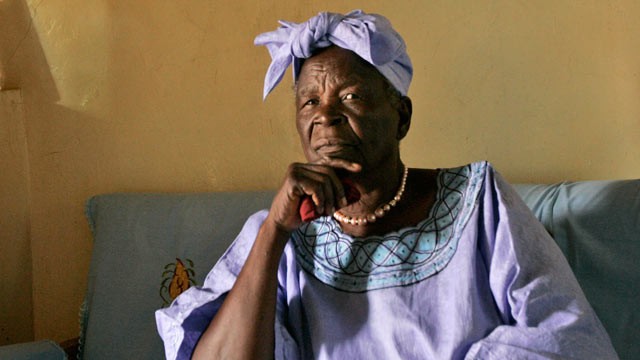 U.S. Presidnet Barack Obama’s grandmother has received death threats from the African branch of al-Qaida, prompting stepped up security around her home in Kenya, ABC News reported on Thursday. Sarah Obama, the U.S. president’s step-grandmother, informed the Kenyan police that she had received a personal threat from al-Shabaab, the Somalia-based branch of al-Qaida, ABC reported.

Security personnel were sent to guard the elder Obama’s home the day after her grandson announced the killing of al-Qaida mastermind Osama bin Laden, but the personal threat has prompted increased security and round-the-clock surveillance of her Africa home,Â the report said.

Sarah Obama said that the security, which a police chief told ABC was enough officers “to patrol and entire village”, has not been affected in any way.

“It has not restricted my movement,” she reportedly added, saying “if the government has decided to bring more security personnel, we are OK with it.”