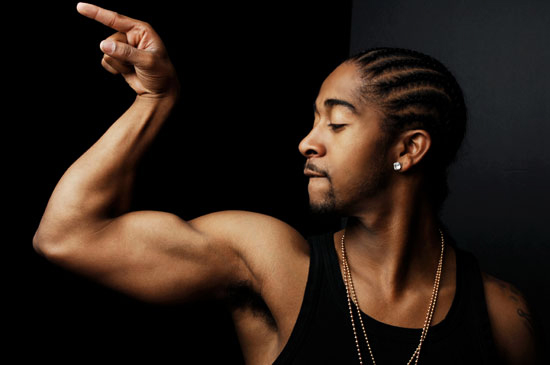 Apparently, one of Omarion’s old A&R friends are PISSED cause heÂ JACKED their songs… They have decided to vent and let it be known that Omarion has bad people around him, and will be getting sued very soon… This is what they had to say:

I never thought, for the life of me, youâ€™d be the one Iâ€™d have to get at. But Iâ€™ll give you the benefit of the doubt & assume this was brought to you by an outside producer or writer.

This is why my job is necessary even though many people despise my very existence. But when you have people as talented as Kai Holmes who, in my opinion, is hands down one of the hottest up & coming singer/songwriters & a vet like yourself straight jacks one of his joints, I gotta say sumthinâ€™.

I mean, Omarion, you gotta watch who you keep company with man! These geniuses didnâ€™t even change the damn title when they handed it to you!!! SAME TITLE, SAME VOCAL ARRANGEMENT, SAME TRACK TEMPO, SAME HOOK!!!! WOW!!!! Now thatâ€™s a jack move.

Yo, I hate to rain on the parade of your comeback especially after the fiasco with the Young Money situation but bruh, this is a travesty.u sincerely owe Mr. Holmes an apology. But Iâ€™m sure youâ€™ll be hearing from his lawyers if you havenâ€™t already.

But I am a fan & do wish you the best. Until next time I gotta check someoneâ€¦â€¦yaâ€™ll be safe!

Omarion could never quite get his FULL swagger back after B2K…what yall think? He is now one of the hosts for ABDC (America’s Next Best Dance Crew). He replaced the other short dancer, Shane Sparks. I can understand that…dude is crazy with the dance moves. Here is his hit 2005 video “Touch”.