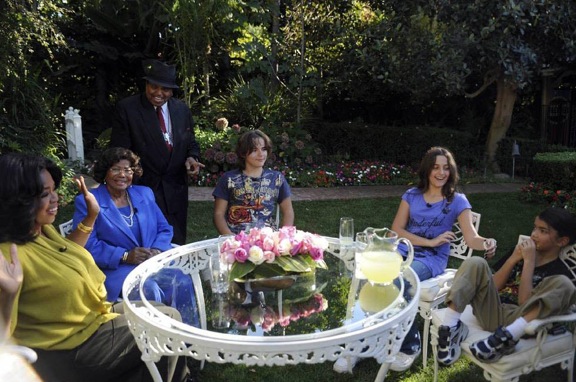 Yesterday, the much anticipated Jackson family interview with Oprah aired. From Michael Jackson’s Neverland Ranch, Katherine and Joe Jackson sat down with the queen talk show diva and discussed everything from raising Michael Jackson as a young child, his health, his fame, insecurity with his looks, his marriage, to his death.

When word leaked earlier this month that Michaelâ€™s parents had agreed to the interview with Oprah, Michaelâ€™s brother, Randy Jackson, vented on twitter and expressed his feelings about Oprah stating that Winfrey wasÂ  â€œlast person on earthâ€ Michael would want around her kids.

All in all, the interview was respectful and shed more light on Michael Jackson and the type of man he was. Check out the videos after the jump.Part 1