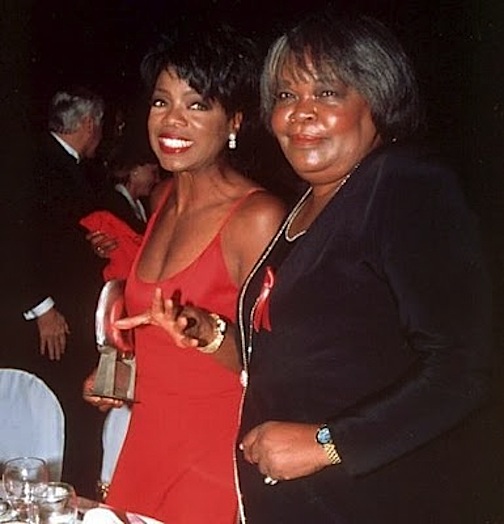 I know somewhere someones is so so so very happy right now!!!! Oprah will reveal a family secret on today’s episode of the Oprah show. And now it’s been revealed by her unauthorized biographer, Kitty Kelley, that Oprah will be reunited with the half-sister that was given up for adoption as a baby. Kelley says that Oprah’s mother, Vernita Lee, gave birth to a daughter named Bunny, whom she “gave away shortly after she was born because she couldn’t afford to take care of her.”

Bunny, who is now a grandmother, will appear on the Oprah Winfrey show on Monday.

Are you surprised, and are you thinking? My only question is what does she look like and how long have they known?