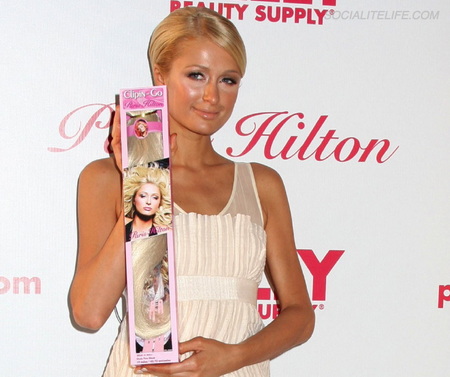 According to TMZ.com, Paris Hilton is being sued by a hair extension company which claims the heiress signed a multi-million dollar contract to use and promote their fake locks … and then totally blew them off — causing$35,000,000 in damages.

According to a lawsuit, filed in L.A. County Superior Court, Hilton got just over $3.5 million since agreeing to become the spokesperson forÂ Hairtech International’sÂ Dream CatcherÂ hair extension lineÂ  back in 2007.

But according to the docs, Paris didn’t satisfy her end of the bargain — when Hairtech claims she was “seen in magazines and on television not wearing [their] hair extensions and was in fact wearing competitors’ hair extension products.”

In the suit, Hairtech claims that “more than 600 hair extension professionals” were scheduled to attend at the party — but because Paris couldn’t make it, they lost opportunities which should have resulted in $6.6 million in revenue.