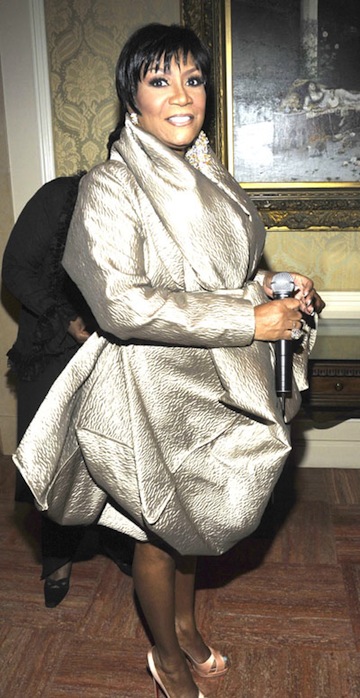 R&B legend Patti LaBelle, 67, is being sued by a West Point cadet for ordering his beating by her bodyguards. The incident took place at Bush Intercontinental Airport in Houston, Texas on March 11. According to the Houston Chronicle, Richard King, 23, was talking on his cell phone while approaching the airportâ€™s passenger pickup area where Labelleâ€™s limousine was parked.

Security-camera footage of the incident shows King being struck and thrown against a concrete pillar by LaBelleâ€™s body guards and an unidentified woman. King is seen trying to get up and leave the area but he falls several times.

â€œApparently, defendant LaBelle believed King was standing too close to her (no doubt expensive) luggage, even though he was oblivious to her presence and the danger he was in,â€ Kingâ€™s attorney John Raley said in the lawsuit filing. â€œLaBelle lowered the window of her limousine and gave a command to her bodyguards. They sprang into action.â€

Police said King reeked of alcohol after the event, but King insists he had only two drinks during his flight. The cadet is seeking punitive and actual damages from LaBelle, three members of her entourage, an airport taxi dispatcher and the airport itself. Meanwhile King has since been expelled from West Point over the incident and placed in a mentorship program that requires active duty.

â€œThere can never be any justification for the savage battery of King,â€ the lawsuit claims. â€œDefendant LaBelle is hot-tempered herself â€¦ She was a full participant in the cruel attack on King. She ordered it, and never tried to stop it.â€