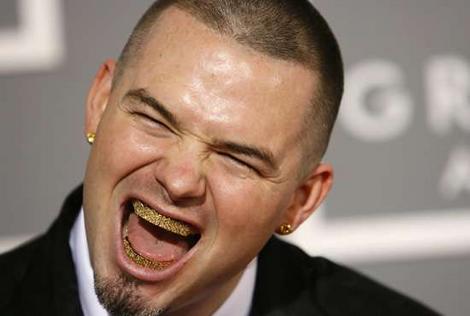 (9/29/2010) Rappers are losing it with crazy fans. Paul Wall went ham on a in San Antonio, Texas when he was performing on stage with rapper Slim Thug … when some delusional in the front row threw a middle finger in Paul’s face.
Paul can be seen exchanging a few words with the guy right before the rapper winds up and beats him several times with his mic. The “birdman” was tossed out — and no police report has been filed. Anyhow, click here to see the videoAnother post by: Courtney L.