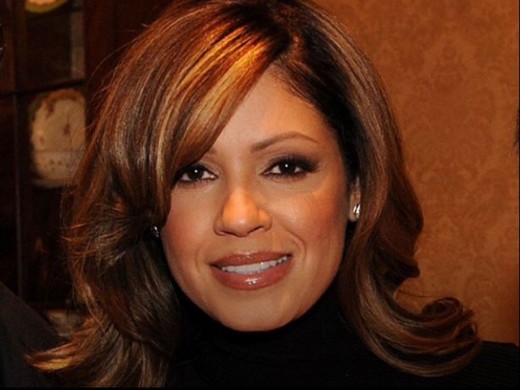 Pebbles is back at again! She has filed a new lawsuit for $40 million against VH1’s biopic “CrazySexyCool: The TLC Story!”

Perri “Pebbles” Reid is still hot under the collar about VH1’s biopic “CrazySexyCool: The TLC Story” and its portrayal of her. She has filed a new lawsuit apparently, and TMZ reports that she feels that the movie has ruined her life and that it severely misrepresented her.

Pebbles has stated that the film’s scenes where she forced Chilli to get an abortion, paid the trio only $25 weekly, and encouraged T-Boz to perform despite her serious health issues were simply not true. She’s also reportedly said that the film completely discredited her character and feels that her character’s depiction should have reflected all of her hard-working efforts she put forth to make sure TLC’s success.

I’m not sure how this $40 million lawsuit situation is going to pan out for Pebbles. Her cries of defamation and everything else have not gone unheard though. We all know that she felt attacked shortly after the premiere of the movie by TLC fans who may not have known much about her and who she was to the group. I just hope that the entire issue can eventually be handled amicably and laid to rest at some point.