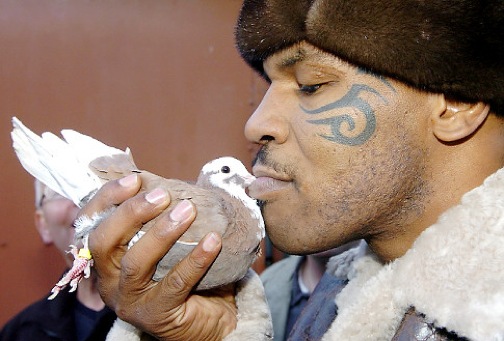 PETA is concerned over Mike Tysonâ€™s upcoming Animal Planet reality show, Taking on Tyson. It would chronicle Tysonâ€™s quest to become a champion pigeon racer. According to Animal Planet, Tyson loves birds, and has been raising them his whole life. But PETA says pigeon racing is cruel, and profiting from it by making it into a reality show might break New Yorkâ€™s anti-gambling laws.

But an Animal Planet spokesperson said there would be no betting on the races. Still, according to PETA, paying Tyson to appear on the show could be in breach of current law. While PETA may have a case, it doesn’t look like Animal Planet will slow down production on the program.