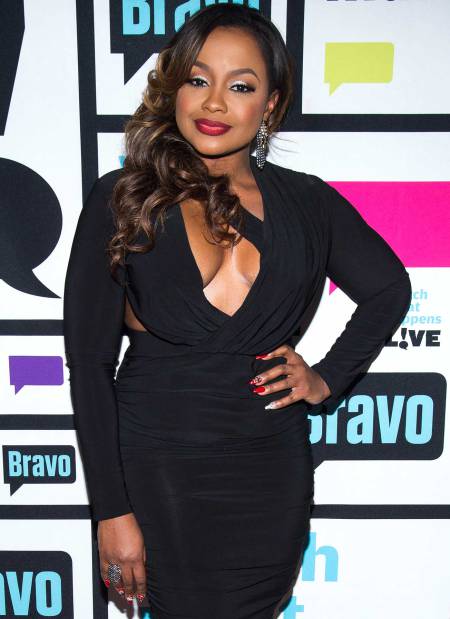 Phaedra Parks has remained in the hot seat, for most of the season and more recently on the Real Housewives of Atlanta reunion. And now, the southern belle is ready to (sorta) address the controversy. If you’ve watched the last season, along with the last 3 episodes of the reunion, then you’re well aware that Phaedra has been accused of telling her BFF Porsha Williams that Kandi Burruss and husband Todd Tucker had planned on drugging her.

The 43-year-old reality star says about the situation,

It’s funny to think that I have any additional time to be caught up in gossip. I have several jobs, as we know, and I have two small children. But I think everyone always has to blame someone.

I’m sure the footage speaks for itself. My every scene is not talking about anyone on the show except for what’s going on in my personal life. Others can’t stop mentioning me. Their whole family mentions me. They’re whole staff mentions me. It’s just endless mentioning of me!

Phaedra also responds to some suggesting that she lives a double life.

People are constantly talking about, ‘Oh you’re not this.’ And I’m like, ‘Wow — it’s so many people with this Christian handbook that I have not received’. So I’ve been praying that whoever owns the Christian dress code and has the handbook, they just send me a copy. Because I don’t see anywhere in the Bible where it lays out these strict guidelines about laughing and having fun and wearing bathing suits. Where did they get this dress code for being Christian? I thought it was about your hearts.

The Real Housewives of Atlanta reunion concludes Sunday on BRAVO.