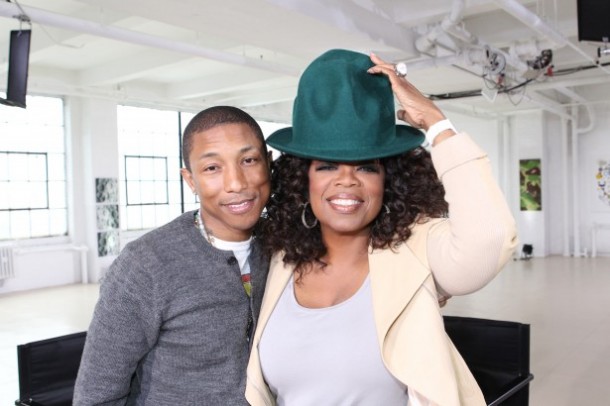 Pharrell is very happy these days because “Happy” is making that money and is breaking records for 2014.

There’s no topping Pharrell’s hit single “Happy.”  “Billboard” reports that the “Happy”  has outsold every other song in the first six months of 2014, raking in five-point-six-million downloads so far this year.  Now that is a lot of happiness.

“Happy” is the only track to sell more than five-million copies this year.  Only three other tracks have ever eclipsed the five-million mark midway through the year.  Macklemore & Ryan Lewis’ “Thrift Shop” was the last song to reach the mid-year milestone, while Gotye’s “Somebody That I Used To Know” and Fun’s “We Are Young” passed the mark half-way through 2012.  Pharrell’s nearest competition this year is Katy Perry’s “Dark Horse,” which has so-far sold four-million records in 2014.

The top-selling album half-way through the year is the soundtrack to Disney’s “Frozen,” which has pulled in two-point-seven-million sales.

“Happy” brought Pharrell a lot of shine at the BET Awards over the weekend. Who knew that Hip Hop needed just a little happiness to make the world go around!