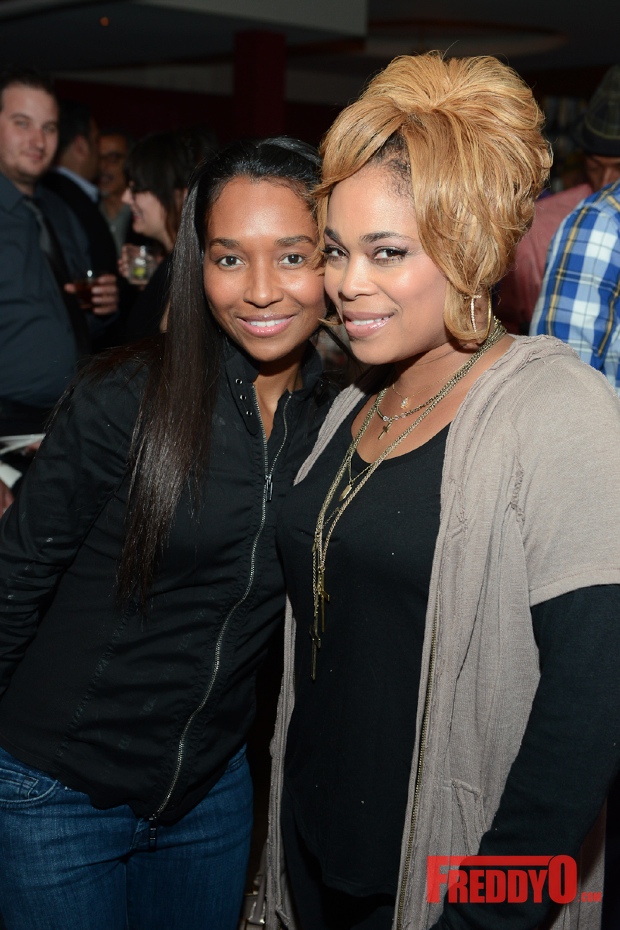 I had the pleasure to celebrate with executive producers Chilli and T-Boz as they ended the production of their upcoming biopic: “Crazy, Sexy, Cool: The TLC Story”. Check out the fun we had!

Recently Chilli and T-Boz, along with the principal cast and crew of their upcoming biopic: Crazy, Sexy, Cool: The TLC Story, celebrated the end of the production at Luxe Lounge in Atlanta, GA.

Guests dined on Italian hors d’oeuvres and danced the evening away to tunes from the 90’s including music from TLC’s top-selling albums along with remixes and soundtrack additions. A custom-made viral booth was available for guests to capture keepsake snapshots all featuring a silhouette from TLC’s Best of Album.

The evening ended with a special presentation to the group by renowned artist Neal Hamilton (Paint Out Loud). Hamilton presented the group with a wall-sized artistic interpretation of the group’s infamous ‘Fanmail’ album cover. Hamilton recalls being inspired by TLC’s empowering message and refusal to compromise their artistic integrity. Hamilton says,

I wanted to capture the group’s energy and charisma with the painting. TLC was ahead of their time and I believe they still are. I hope the piece was able to capture a piece of that. 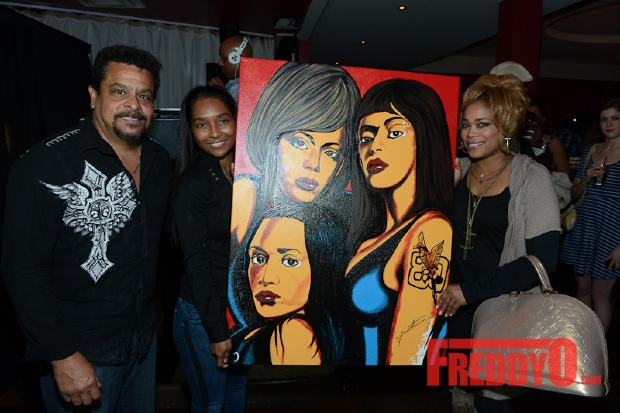 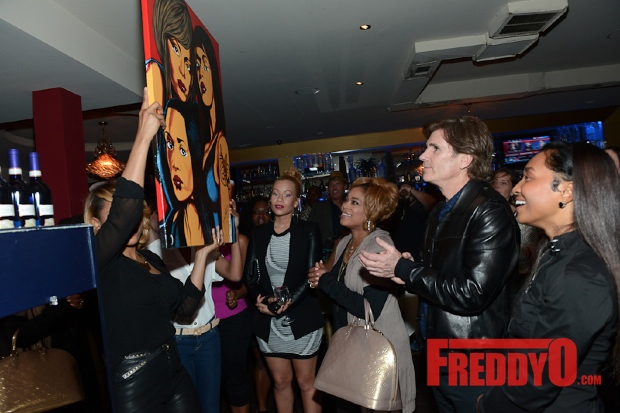 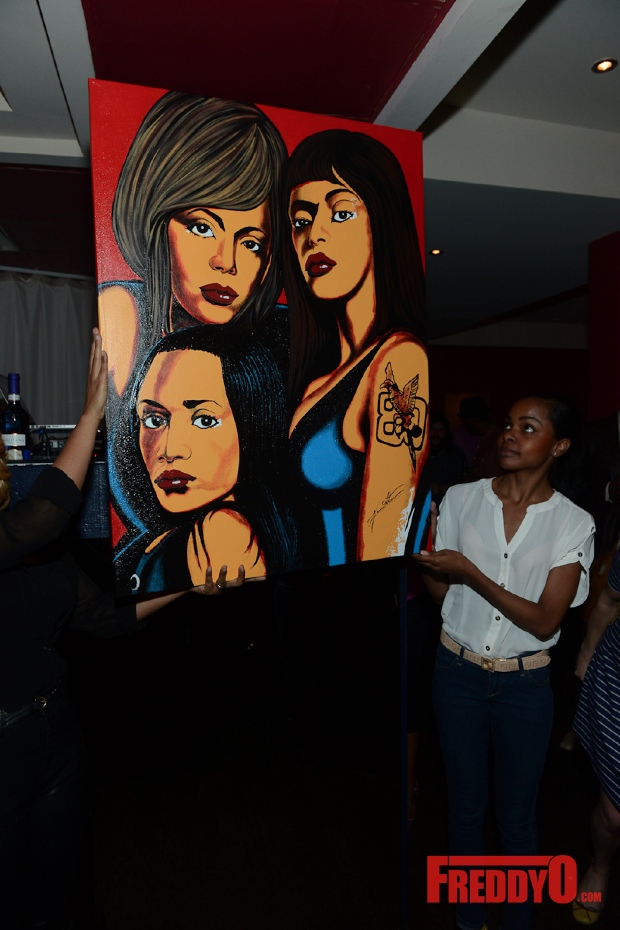 In addition to the painting the group was presented with a custom created cake with artwork reminiscent of the group’s first hit, ‘Ain’t too proud to beg’ by Black Diamond Edible Creations. 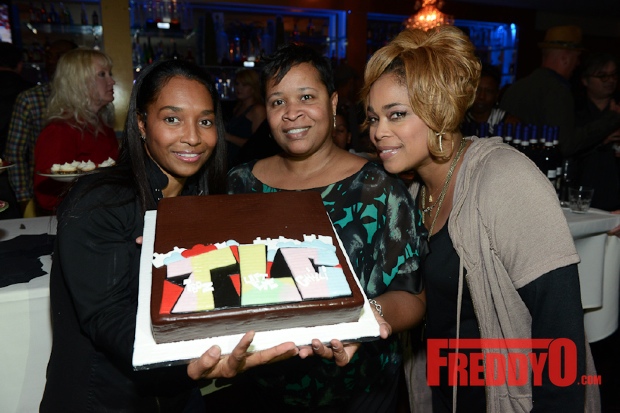 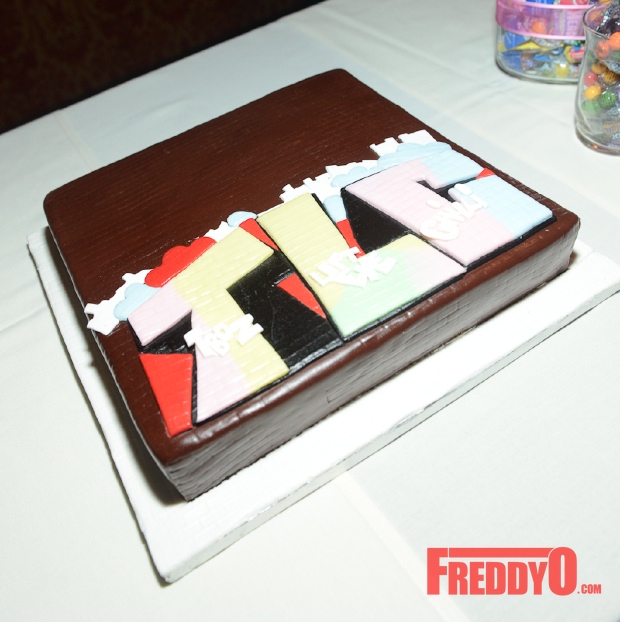 The cast of actors include: Lil Mama (Left-Eye) and Dru Sidora (T-Boz) joined Chilli and T-Boz for the celebration, along with several other cast members from the film.

While Reebok Classics was on hand to gift members of the principal cast with sneakers from their spring line. 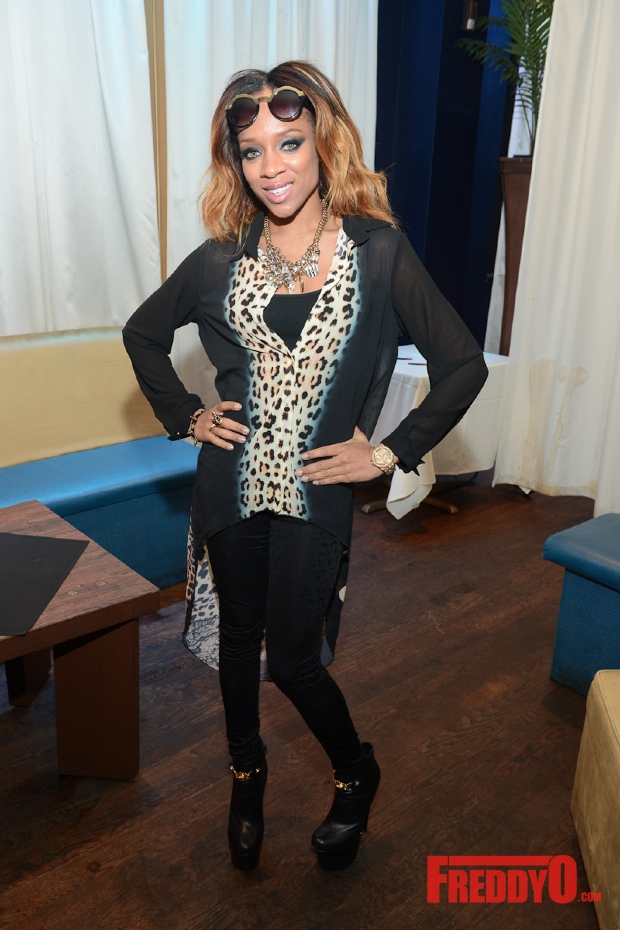 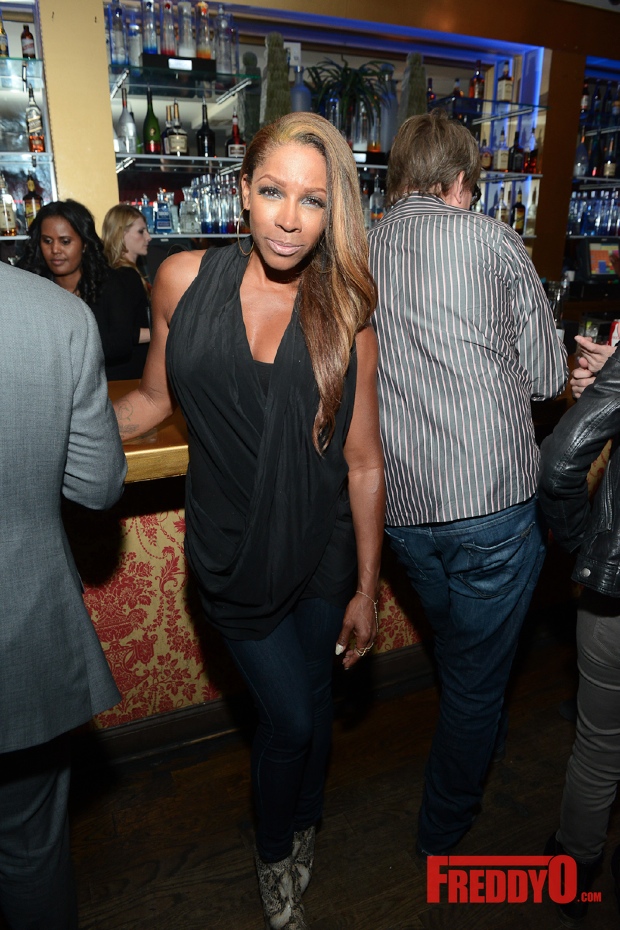 2013 marks TLC’s 20th anniversary and part of that celebration included stepping into the role of executive producers of their biopic, along with upcoming new music and tour dates.

“We were so blessed with this cast and crew. Everyone gave us their very best and we appreciate them so much,” Chilli explains.

“The hard part is done. The next step is getting the project to our fans. We have some of the most loyal fans in the world. I can’t wait until they are able to share this with us.” T-Boz says. 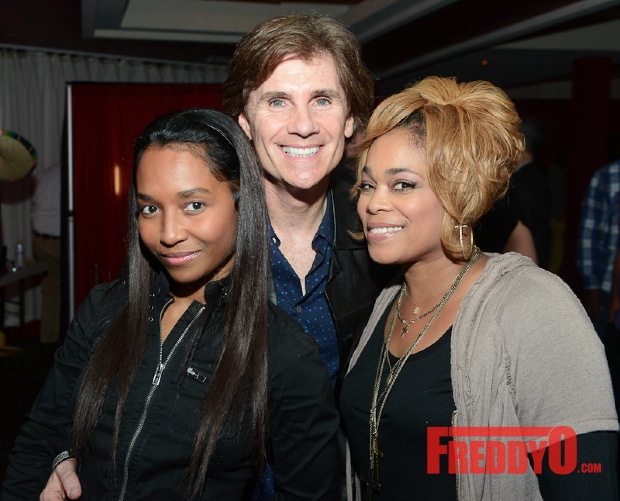 JOB WELL DONE LADIES! Check out our gallery below: