SuperBowl commercials are famous for unique storylines and the obligatory celebrity appearance. However, after the unfortunate passing of NBA legend Kobe Bryant, his daughter, and 5 others, Planters has decided to table its pregame commercial featuring the death of brand mascot Mr. Peanut. 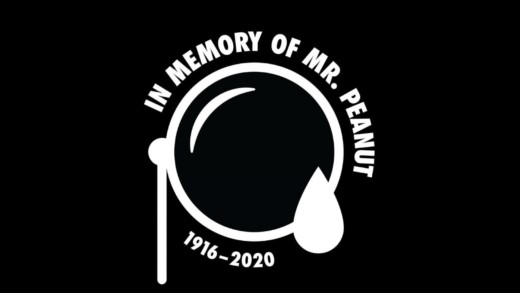 AdAge reports that Planters announced Monday they were pulling the plug on the broadcast of their latest commercial out of respect for the lives lost in the tragic helicopter crash that happened this week in California. The 30-second pregame ad featured actors Matt Walsh and Wesley Snipes on a road trip with a tragic ending of the 104-year-old Planters’ mascot Mr. Peanut.

In a statement released this week, the brand said:

“We are saddened by this weekend’s news and Planters has paused all campaign activities, including paid media, and will evaluate [the] next steps through a lens of sensitivity to those impacted by this tragedy.”

Despite the pause in various marketing schemes, Business Insider reports that there has not been any change to the brand’s plans for Super Bowl Sunday which do include a funeral commercial for Mr. Peanut to be aired during the game’s third quarter.