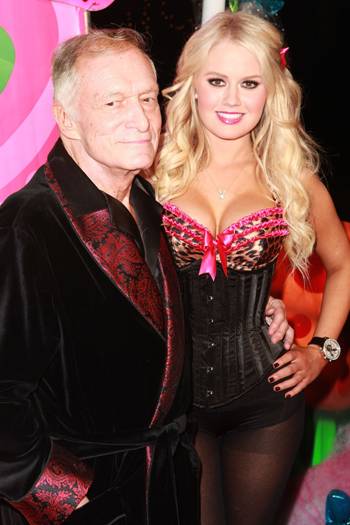 It doesnâ€™t look like being left at the altar is stopping the eternal playboy, Hugh Hefner from showing off his new pride and joy, girlfriend Anna Sophia Berglund (25), who is ironically Crystal Harrisâ€™s former besite. After the red carpet, the 85-year old mogul and his 60 year junior girlfriend partied the night away with celebs, playmates and party-goers alike. Newly single Paris Hilton was enjoying the single life as she stopped by the 6th Annual Kandyland event at The Playboy Mansion looking flirty as ever! 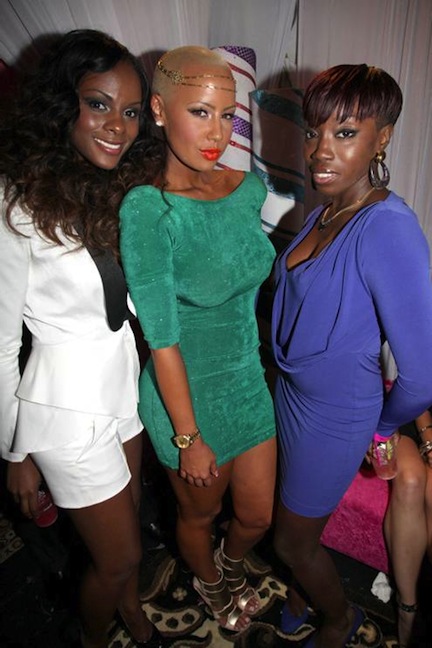 The sexy reality star arrived in-tow with numerous girl friends, all dressed to kill and exemplifying the candy theme. A shy but handsome Alex Pettyfor quickly ducked into the party after taking photos on the carpet. It was overheard that after his step-and-repeat photos were taken he said to his buddies, â€œMy publicist is going to kill me for taking those.â€ Though General Hospital actress, Kelly Monaco has stated she has a boyfriend, she held on tight next to forever-hottie Shane West on the red carpet. The two were spotted arriving together, and keeping close to one another during the party. Are they so brave as to take this flirty friendship out to the Mansion? Amber Rose and Playboy twins Kristina and Karissa Shannon became fast friends on the red carpet. 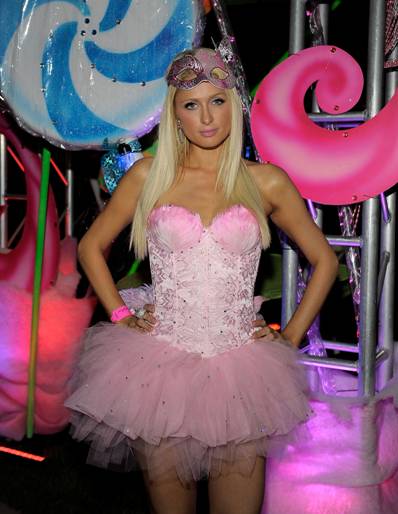 The twins squealed, â€œAmber, we love you!â€ Kristina and Karissa were also spotted befriending DJ Paul and Juicy J of Three 6 Mafia, spending hours together on the comfy VIP couches. Craig Robinson from The Office had no trouble bucking those 9-to-5 blues and cozying up with the hottest Playmates the party had to offer. Nick Simmonsâ€™ parentsâ€™ divorce didnâ€™t seem to keep him from the partying spirit. Infamous beat-master Paul Oakenfeld pumped dance tracks until after 2:00am â€“ good thing Hugh doesnâ€™t have to worry about the neighbors.