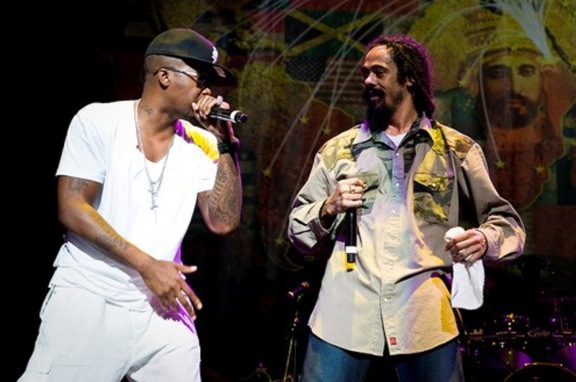 When Nas and Damian Marley take the stage at Florida’s SunFest next month they will be greeted by a large group of angry police officers. The “Palm Beach Post” is reporting that local authorities have decided to use the event as a venue for their protests over recent cuts to their pay raises and benefits. West Palm Beach sergeant and union treasurer Lou Penque remarks, quote, “The public thinks all we’re doing is asking for raises. We are more than willing to work with the city and they refuse to work with us.” To compensate for the lack of available police officers, concert organizers have hired private security guards to work the event. SunFest gets underway on April 28th and runs through May 2nd.

Nas and Damian Marley are slated to take the stage at 3:30 p.m. on May 2nd. Other acts performing at this year’s SunFest include Sean Kingston, Weezer, Patti LaBelle, and Ben Harper.

Nas and Damian Marley’s SunFest performance will precede their summer trek through the U.S. and Europe. The duo will kick off their tour on May 21st at the Arcata Community Center in Arcata, California. Their “Distant Relatives” album arrives in stores on May 18th.