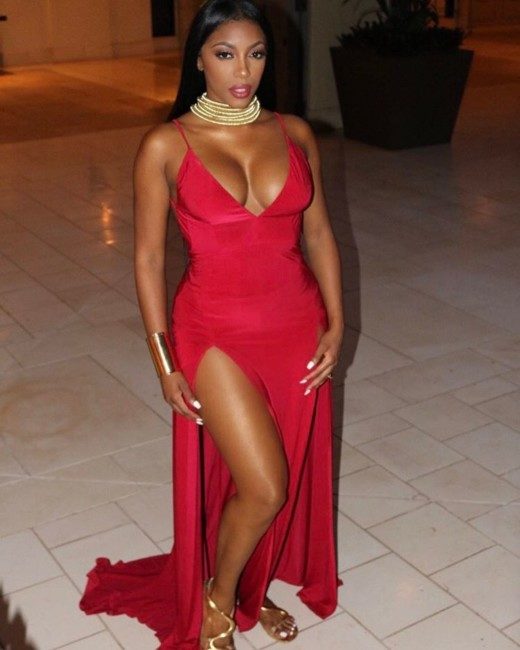 Porsha Williams says reports claiming that she had sex with Apollo Nida, are false.

The Real Housewives of Atlanta star recent responded to an Instagram story, writing:

This is bull take this down!! This is a lie. 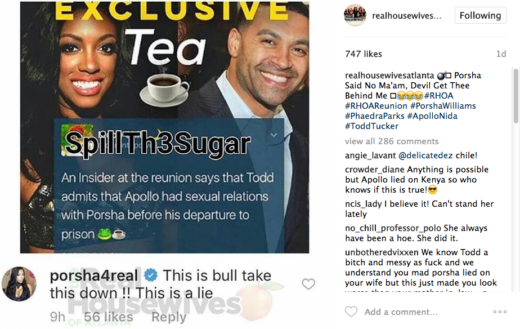 Last week, All About The Tea, reported that a HUGE bombshell was ALLEGEDLY dropped while filming the RHOA reunion. The site reported,

Todd [Tucker] reveals that Apollo Nida had sex with Porsha before he turned himself into prison.

Andy Cohen did not address the rumor, but posted a video after the filming rapped, noting that something MAJOR happened. See the clip via East Coast Renaissance.

Phaedra, nor Apollo (who is currently in jail) have yet to comment.

Look at this with ya looking ass! Hater gone hate. When they can’t beat you they make up lies… One thing you can’t stop & that’s my Blessings. #Toodles #Trolls #PhotoshopFail #TriedIt @dishnation #Rhoa #TeamPorsha