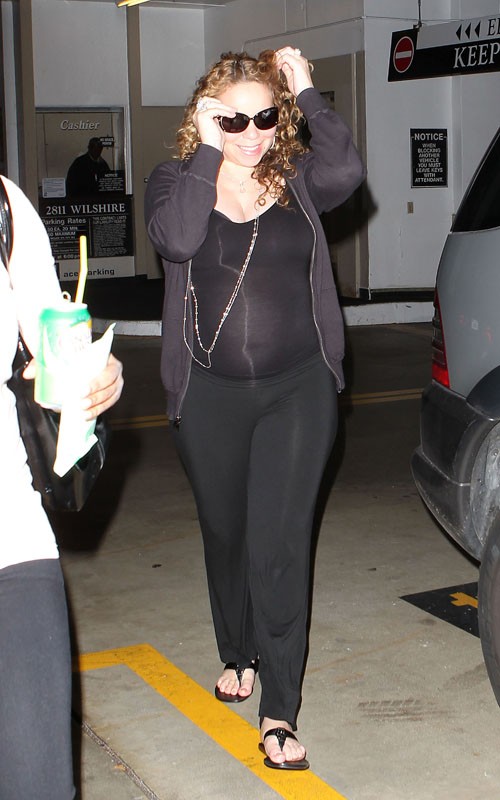 Mariah Carey almost got two very unexpected gifts for her 42nd birthday on Sunday, as the pregnant-with-twins singer had to take a trip to the hospital after having contractions.

“So #dembabies really wanted 2 celebrate w/us/share the anniversary!” she twittered on March 27. “I started having contractions last night..went 2 the hospital. Finally they said I could come home after they got it under control. but hey almost came on 3/27- happy anniversary in deed!!!”

With the babies due in just two weeks, the singer seems anxious for their arrival. “Soreadyallready!” she posted.
Though she may be alone in that sentiment, as her husband Nick Cannon has been pretty vocal about his nervousness.
“I am probably going to faint in the delivery room! I need to man up!” the actor twittered last week. “Or maybe I should say WOMAN UP since they are the ones that have to be the strongest in the whole ordeal! I am in awe of my wife.”