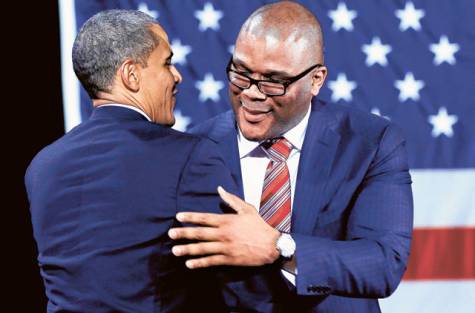 If you were fortunate enough in this economy to have an extra $500, $2500, or $10,000 laying around then you may have been able to eyewitness Barack Obama our President on Greenbriar Parkway at Tyler Perry Studios. In the house was Mayor Kasim Reed, Rev Dr Joseph Lowery and his wife, Ceelo Green (performing 4 songs including 1/2 the x-rated version of $#%-U. Really Ceelo? “When Keeping it Real Goes Wrong”, Takeo Spikes (NFL LB for the San Diego Chargers, Ceasar Mitchell, Angie Stone, Jamie Foster Brown,(publisher of Sister to Sister Mag) and a host of other prominent political people and random people who had that mattress money on deck for their President’s fundraiser. 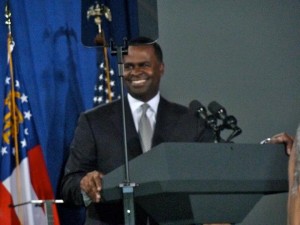 I thought you might like this video where Barack Obama gave it up for “Tyler Perry” a man who 12 years ago was homeless but never gave up on his dream.

Also check out some pics of the tasty treats that were there as well. Tyler Perry Studios is really a place where dreams do come to life.

I am very proud to have a Black President and very Proud to have a man like Tyler Perry in Atlanta, GA that never forgets his people! Check out the photos and video below…