President Obama Does Not Approve Of His Daughters Watching The Kardashians 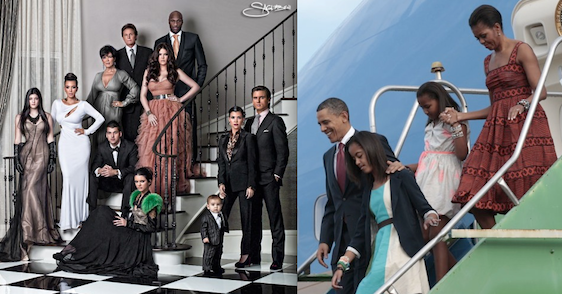 The Kardashians have made a household name for themselves with their television shows and other business ventures and although their popularity has increased, President Obama has stated that he does not like his daughters watching any of the Kardashian shows. The Dash clan have taken slight offense to this revelation and believes President Obama has the wrong view of their family. Check inside to hear more of what he had to say. 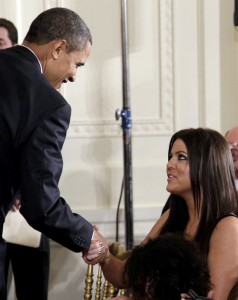 The Kardashians is telling friends … they read Michelle’s new interview with iVillage … in which she said, “Barack really thinks some of the Kardashians — when they watch that stuff — he doesn’t like that as much.”

The Kardashians are extremely surprised that our President feels this way because he personally spoke to Khloe and said he thoughtÂ  “Keeping Up with the Kardashians” was a “great show” when they met last year. So was President Obama lying to make small talk?

The Kardashian believe thatÂ the young girls could learn from their show
because it features girls in real-life situations facing real-life problems … health and relationships…..interesting.

When Khole spoke with president Obama sheÂ was invited to the White House back in 2010 Â becauseÂ  her husband was invited to celebrate Â his 2010 NBA Finals victory.

Do you think President Obama had a point about the show for young girls?