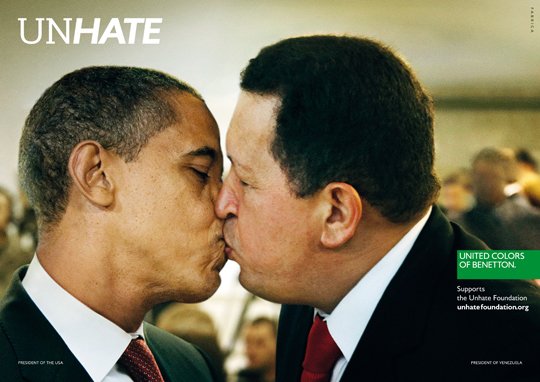 President Obama is featured in the United Colors of Benetton’s newest campaign titled UNHATE. I’d say their marketing techniques are pretty catchy too! In their ads they feature political figures from all around the world kissing each other. As we all know, a kiss is the universal symbol for love so that was there purpose…to demonstrate love rather than hate. Check inside for more pictures of other world leaders kissing for world peace. 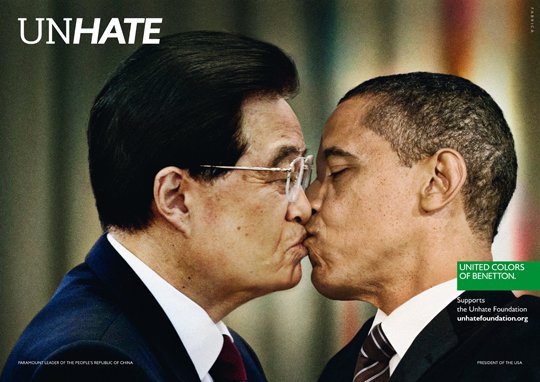 The United Colors of Benetton’s are making a call for world peace but with most of the world leaders being men homosexuality is sure to come up. While homosexuality may appear as a touchy subject it’s perfect for this campaign. There should not be any hate towards anyone’s sexual orientation, religion, color, gender, etc.

The organization explains their efforts stating,

” The UNHATE communication project includes a series of coordinated initiativesÂ  and events, starting on November 16th in the main newspapers, periodicals andÂ  websites around the world. The central theme is the kiss, the most universalÂ  symbol of love, between world political and religious leaders, such as: Barack Obama and Chinese leader Hu Jintao; Pope Benedict XVI and Ahmed Mohamed el-Tayeb, Imam of the Al-Azhar mosque in Cairo (the most important andÂ  moderate center for Sunni Islamic studies in the world); the PalestinianÂ  president Mahmoud Abbas and the Israeli prime minister Benjamin Netanyahu. These are symbolic images of reconciliation â€“ with a touch of ironic hope and constructive provocation â€“ to stimulateÂ  reflection on how politics, faith and ideas, even when they are divergent andÂ  mutually opposed, must still lead to dialogue and mediation.â€ 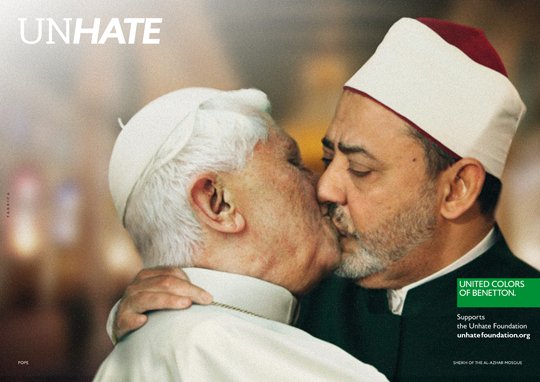 Note: dialogue and mediation people! All of the pictures are photoshopped but they do serve quite a purpose. 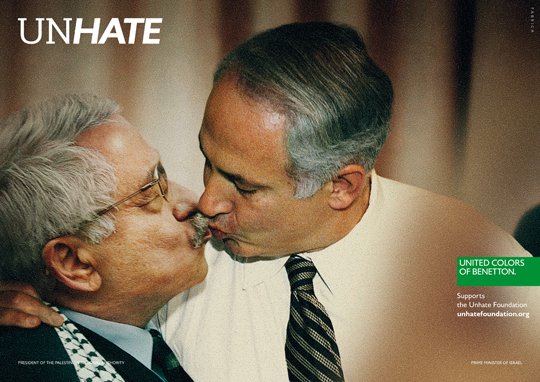 What are your thoughts on the new campaign?