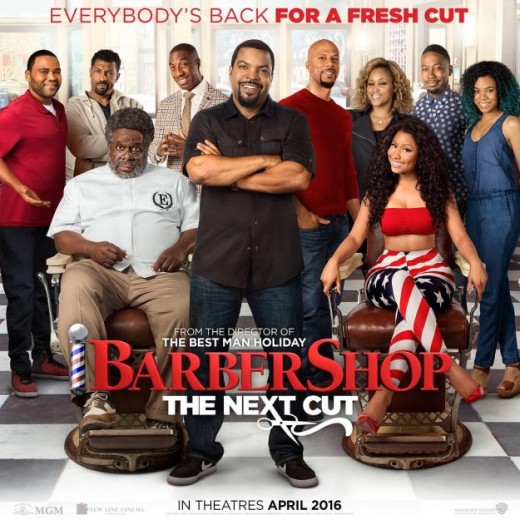 One of our favorite comedies is back with his third installment “Barbershop: The Next Cut” starring Ice Cube, Cedric the Entertainer, and more. Who would have thunk Barbershop would have a trilogy?
Check out the details below.

Ice Cube and Cedric the Entertainer are reunited and it feels so good in the third installment of “Barbershop: The Next Cut“. The film is directed by Malcolm D Lee and it’s a reunion of sorts. It’s been more than 10 years since the last Barbershop film. The latest Barbershop film is a little more co-ed thanks to the inclusion of more ladies. The film promises to bring the laughs that men and women can enjoy together.