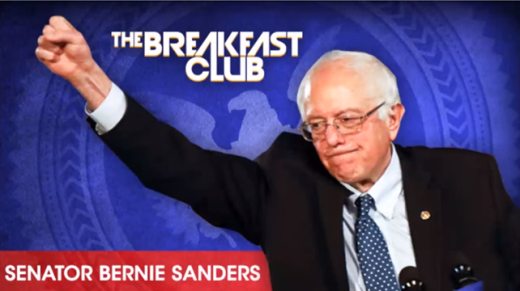 Presidential candidate Bernie Sanders discusses why should women and the black community vote for him, whether he’s too old to be President, reforming the criminal justice system and much more.

Bernie Sanders has a huge support base in the Black community and hip hop including the open endorsement of rapper Killer Mike. The presidential hopeful recently sat down with The Breakfast Club and opened up about why he should be the next President of the United States.

“If police officers break the law, and we have seen that time and time again, they have got to be held accountable. We’ve got to demilitarize these police departments… We have to make police departments look like the diversity of the communities they serve.”

Bernie’s thoughts on removing marijuana from the A1 list of drug classifications,

“We gotta get marijuana out of the Federal Controlled Substances Act. African Americans are more times more likely to be arrested for possession of marijuana than whites despite the fact that both communities smoke marijuana at the same level.”