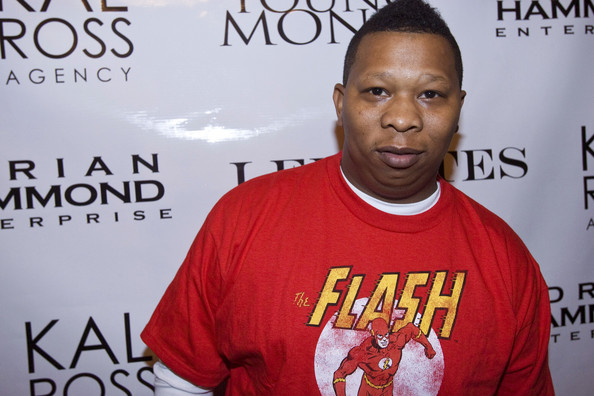 *Gucci Mane Voice* “Well Damn” when was the last time you heard something from Mannie Fresh!? He’s been low-key for the longest. Most of y’all knowÂ him as the mastermind behind the majority of any old Cash Money hits. He was also 1/2 of the duo The Big Tymers with Birdman.

Mr.Fresh is back and has been working with friend and former Cash Money affiliate Juvenile on a track called “Power”. The track was leaked on Tuesday, and features Miami’s Boss, Rick Ross. Â Fresh saidÂ â€œIâ€™ve always had a good relationship with Rossâ€¦we just reached out to him and he got on the songâ€ .

But the song wasn’t leaked by a computer nerd or hacker, it was actually leaked out but Fresh himself, by strategy.

â€œI just leaked the song out there, because seasoned artists are programmed to think that you still have to wait for that machine; that you still have to have a record company and have somebody that pushes buttons. That was the conversation I had with Juve when we were recording new music. He was like,Â  â€˜Man, I have to do what everyone else is doing, right now.â€™ And Iâ€™m telling him, â€˜Yeah, music has changedâ€¦but you donâ€™t have to do what everyone else is doing. Just give them something they can accept. Letâ€™s throw this song out there and see what happens.â€™ And the response has been great.â€

With fans thrown off by the Juvenile x Rick Ross collabo on a Mannie Fresh produced track (which got great feedback), he had a lot to say about it. He told Ross to try stepping in a new direction and it it got positive responses.

â€œI know the songs that Ross are on now are very streetâ€¦very 808 orientated, but I think Rick Ross is a very good lyrical artist. I wanted to do something that was different with him that still had that old feel but could still rock today. It was more so me going against the grain. Ross is one of the hottest dudes out there right now. Iâ€™m like, â€˜Why do what everyone else is doing?â€™ Letâ€™s go left.â€

Who he’s currently working with and why he’s been gone for so long.

“I’mÂ currently workingÂ on more music with Juvenile and former No Limit soldier Mystikal. I never went anywhere, butÂ a lot of people personally didnâ€™t know what was going on with me. Some people thought I disappeared and said fuck hip-hop [laughs]. But Iâ€™ve always known I was going to be back.”

How y’all feel about Mannie Freshs return to the hip hop game?