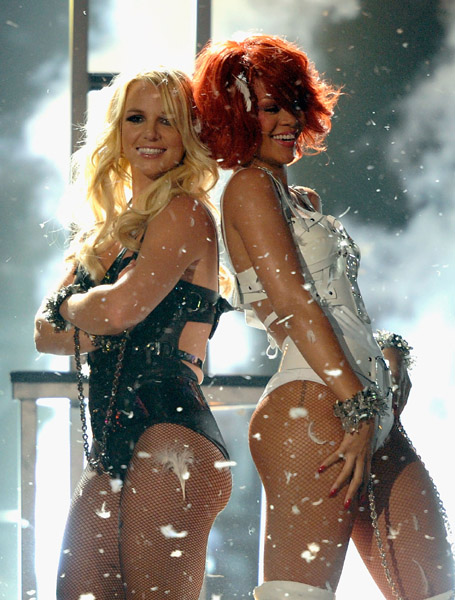 Rihanna and Britney Spears‘ performance at last Sunday’s Billboard Music Awards has drawn the ire of the Parents Television Council. The Council’s president, Tim Winter, says “What happened in Vegas should have stayed in Vegas,” adding that their rendition of Rihanna’s “S&M” had “no place” airing on ABC. Winter goes on to describe the performance as “profanity-laced,” and accuses the two pop superstars of targeting teens with sexually explicit “images and lyrics.” According to E! News, the Parents Television Council is now asking parents to contact ABC and their sponsors to ask if the performance represents their image.

Rihanna and Britney’s performance made headlines earlier this week when it was revealed that the two shared a kiss while still on stage. It is not known if ABC edited the smooch out of its broadcast or if cameras just failed to capture the moment.