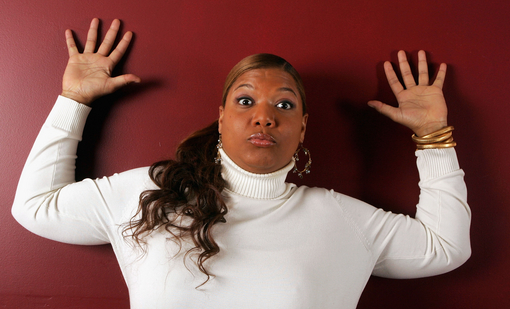 Move over Wendy Williams and ladies of The View! Â Thereâ€™s about to be a new Queen of daytime talk: Oscar-nominated rapper Queen Latifah will be the host of her very own syndicated talk show.

The yet- to-be -titled show will be produced by Latifahâ€™s Flavor Unit Entertainment. The Queen will serve as an executive producer alongside co-founder of Â Flavor Unit , Shakim Compere. James Lassiter, Will Smith and Jada Pinkett Smithâ€™s Overbrook Entertainment (Overbookâ€™s Miguel Melendez will also executive produce) and Sony Pictures Television will also be involved. The talk show is being Â developed for fall 2013. Compere said in a statement regarding the project, â€œWeâ€™ve had a long and successful history both personally and professionally with Overbrookâ€™s Miguel, JL, Jada and Will. We share a common vision and have been wanting to collaborate for quite some time. The talk show is the perfect project to work on together.â€

As you know, Â this wonâ€™t be the Latifah’s first time hosting a talk show,Â  The Queen Latifah Show, ran in syndication from 1999 to 2001.

Will you guys be glued to your seats for Queen Latifah’s new syndicated show?