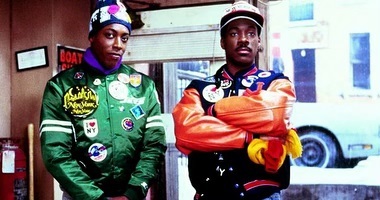 Fans think it would be life changing and really funny if Michael Blackson was in the sequel. Michael Blackson has a abundant list of films in his career portfolio, and a few TV shows; 30 Rock, and Living with Funny.

Some of Michaels films are  Next Friday, Meet The Blacks, Repos, Internet Dating, Shaquelle O’Neal Black Supaman, and many others.

Most people remember his hilarious short scene in Next Friday. He was the funny African man returning a cd he couldnt “Get Jiggy With”.

Edward Regan Murphy is an American actor, comedian, and singer. Murphy has starred in Saturday Night Live from 1980 to 1984. He has worked as a stand-up comedian. Eddie Murphy is versatile and has starred in comedies, crime, and even family films, also, Murphy was ranked #10 on Comedy Central’s list of the 100 Greatest Stand-ups of All Time.

Above is one of Michael Blackson’s funniest stand-ups , in the introduction of his comedy show, Blackson took off on Shaq.