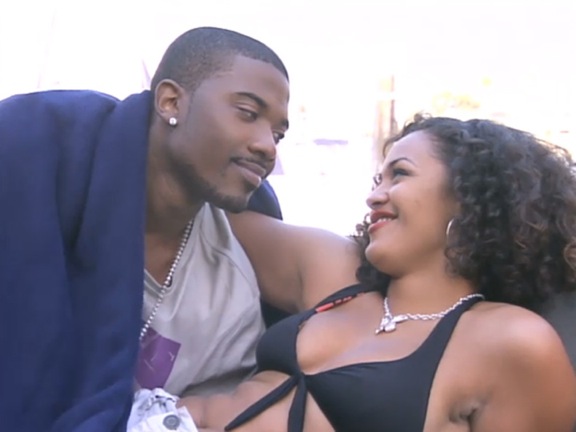 Ray J is speaking out about recent rumorsÂ concerning his sexuality. In a statement to Rapbasement.com, the “For The Love of Ray J” star proclaims, quote, “I’m not gay but at the same time I got love for gay people because I work with gay people and I got a couple of friends that gay and that’s cool.” Former “For The Love of Ray J” contestant Monica “Danger” Leon started the speculation when she came forward to claim that the “Sexy Can I” singer is actually a homosexual. While Ray J says he still has love for “Danger,” he believes that she made false statements about his sexuality after he failed to return her calls.

He adds, quote, “We both upset with each other but it’s ok because I’m going to work it out with her soon and we gonna be friends again.” Ray J’s sister, Brandy, also chimed in on “Danger’s” allegations tweeting, quote, “I need for Danger to watch her tongue!!! To say my brother is gay because he didn’t return her calls is DUMB.” All-new episodes of VH1’s “For The Love of Ray J” air Mondays at 9:00 p.m. Eastern. 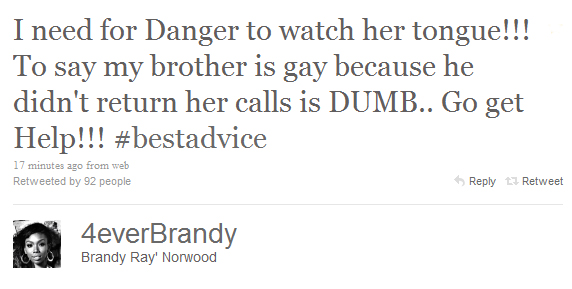 Here is the video of Danger Talking about Ray J…