Ray-J Comes Under Fire For Callin Fan An Ape, But Was He Justified? 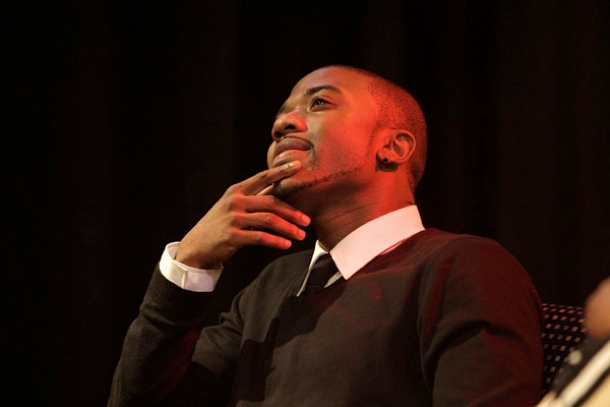 Brandy’s little brother goes hard on a fan after being teased on I.G. And now it seems Tina Chastang can’t handle the heat. And is claiming foul.

Today’s overly connected world doesn’t come without its drama. Day in and day out celebrities, who used to be protected from consumers to a certain degree are now easily available to anyone with internet access.

From love to hate, fans go in. And one fan in particular is screaming foul after her online teasing of  Brandy’s bro, Ray-J resulted in the entertainer shutting her down with one comment in the pic you see above.

Though racist, and clearly below the belt, Ray-J is now on the receiving end of millions of complaints from angry people who felt he went too far. And TINA of all people want an apology.

Call me crazy, but those seem like fighting words to me. And how you gonna try and diss someone with misspellings? How one can brazenly challenge a mans sexuality, call him irrelevant [though that’s up for debate] and publicly disrespect him and then have the NERVE to want an apology when he stoops to your level is a paramount problem in today’s society.

Here’s a tip to all via my pops who is of the sixties era, “Don’t start none WONT be none!”

If Ray-J does apologize I will be immensely disappointed. She got what she deserved [in my opinion]. But what say you?

One of the most awkward moments of the 2016 Oscars night happened right before the show on the red carpet.Everyone knows the red carpet...
Read more
Crazy Pics

Dej Loaf drops the visuals to a street single that she released in June, called "Like A Hoe". It's featured on her latest mixtape...
Read more