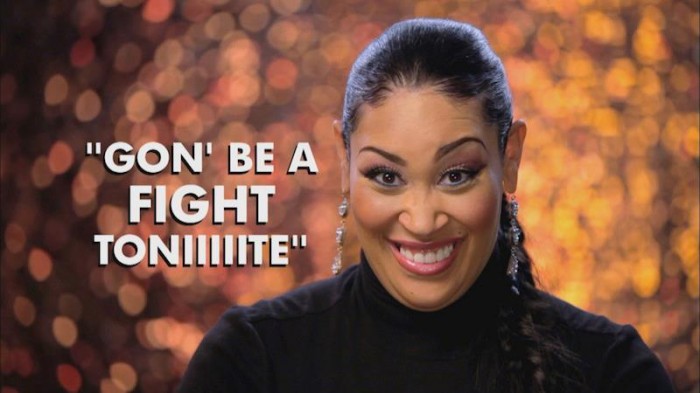 Last night’s episode of R&B Divas was called “Oil and Water.” And baby, these lovely songbirds are showing us that although they can hold a note, they can’t always get along. Such is the case with the ongoing disagreement between Nicci Gilbert and Syleena Johnson. Now that Angie Stone has been officially added to the mix, the drama has only gotten worse!

KeKe Wyatt exclaimed. And she was right!

Syleena met up with Faith Evans who was in the studio laying down some vocals to bring her up to speed with everything that has been going on with the ladies. The situation has pretty much forced everyone to pick sides, or try their hardest to be neutral. However, Monifah seems to be smack dab in the middle of it all. Last week, Nicci accused Syleena of “mushing” Mo. 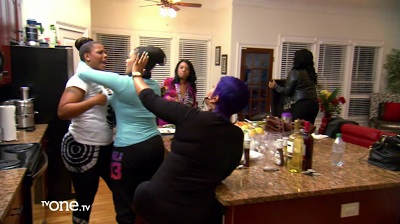 A mush is when a person takes their finger or hand and…well, mushes your head out their way. It’s not a violent move, probably something your mama would do if you were getting on her nerves, but could be seen as disrespectful.

Nicci isn’t comfortable with having another person in her space that can easily put hands on someone and not feel any way about it. Syleena denies doing the mush, but doesn’t deny that she ain’t feeling Nicci either. But she can put their differences aside to do this R&B Divas tour. Sounds simple, but everybody knows with seven women in one setting, the estrogen levels are way too high and the tolerance level for BS is low. Real low. 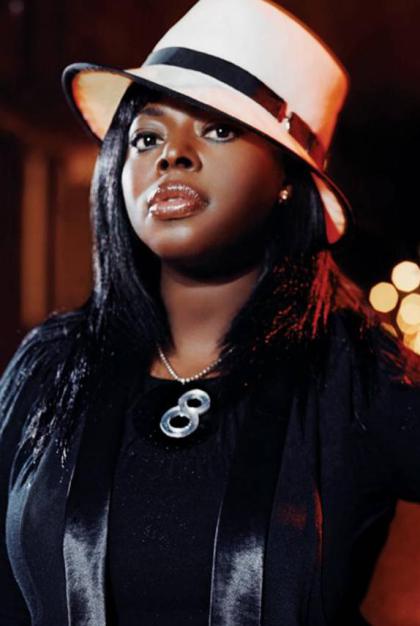 The introduction of Angie Stone to the diva lineup was refreshing. Angie, who has been in the industry for 30+ years, brought an air of motherly wisdom to the group. And anointed holy oil. Yeah, you read that right. At a dinner meeting to discuss the problem the ladies have, Angie whipped out her holy oil and dabbed a bit on everyone’s forehead while they argued. And apparently Jesus didn’t show up fast enough because even after they prayed and held hands, the fighting continued. Guess they ain’t too prayed up!

After holding separate pow-wows with one another, all the divas gathered again for yet another dinner to make peace. First KeKe and Angie bump heads, with KeKe saying she was still young enough to do her own thing, and didn’t need a tour because she was old. Yeah, that was a missile-sized shot aimed right at Angie, because KeKe said she was talking down to everyone like she was their mama. You didn’t have to say that, girl. Angie don’t wanna hurt nobody…just dab holy oil on you, that’s all. So Angie gets up to leave, Nicci brings her back to the table, then KeKe decides to leave the table! It was like musical chairs! Poor Latocha Scott looked around and said,

“I don’t know how this is gonna turn out.”

Uh, yeah…neither do we. But they only got about five episodes left to figure it out!

Did you catch last night’s episode of R&B Divas? Was KeKe out of line for calling Angie Stone old?