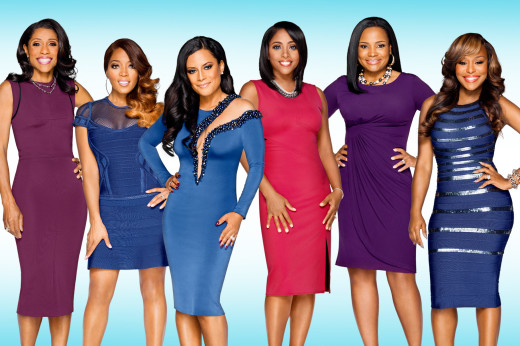 Coming off their little trip to the strip club, the ladies are surprisingly thinking about bigger and better things other than someone’s marriage.  Watch the latest episode of Married To Medicine below.

Lisa Nicole was the hot topic while they were at the club but coming back home has actually reminded Toya and Heavenly for that matter what they can each contribute. See Toya wants to go back into the work force. Only in order to do so she then had to do her best to convince her husband to give her chance at it.

Usually he can be quite dismissive but adding some sex appeal to her request did at least give her an opportunity to voice her suggestions. And as it turns out she was right about a few things. If he wanted to sell a product then you don’t send a doctor. You send a sales representive that won’t actually bore anyone. So, in this, maybe her husband should have listen to her from the get-go. 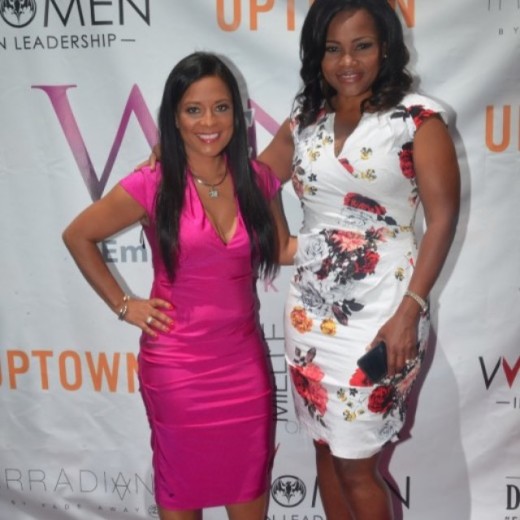 And as for Heavenly, she started an organization a year ago called Heavenly Angels targeted towards empowering girls and young women. Thus the strip club kind of reminded her that she could teach these girls to seek out only their best for themselves. That way the strip club doesn’t remain the only option.

Yet, because this visit is in fact charitable, she reached out to Jackie, Simone, and even the controversial Lisa Nicole in other words three successful women to speak at an upcoming event. And unfortunately, even as Heavenly stayed away from thegossip, what happened at the strip club was making the rounds. 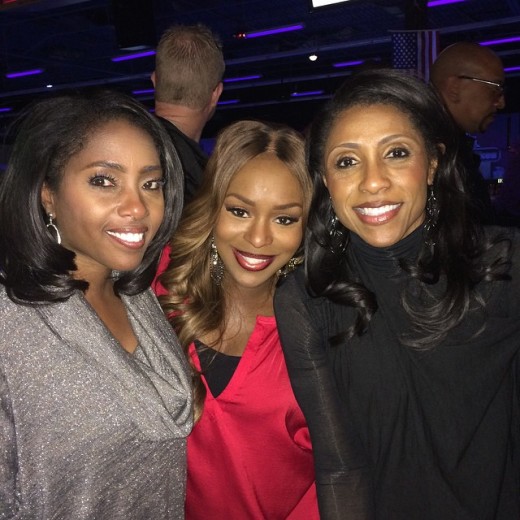 Jackie and Simone are going to be teaching the young women at Heavenly’s event about sex education and how to better take care of their health. But instead of gearing up for that or even speaking about their personal lives once they felt the need to talk they instead chose to discuss what happened with Lisa Nicole. And it seems they’re both of the opinion that Jill hadn’t put the stripper up to anything.

They’re gossiping had led them to question what possible motive Jill can have and neither of them could believe she would maliciously hurt Lisa Nicole by framing Lisa’s husband. And they were right in the end. Because Lisa did ask Darren if he had ever been in the strip club and he finally admitted to going there with his brothers though he swears it was the once despite the stripper remembering his name.

So before Heavenly’s event, the ladies did feel a certain type of way. But thankfully they didn’t explode at each other later on.

Pretty much everyone felt like Lisa Nicole was in the wrong when she had snapped at Jill. Yet none of that mattered after it became clear that Lisa Nicole wasn’t going to apologize. She had approached Jill and they had spoken of a misunderstanding but there was no apology or ownership. And Jill was actually left confused.

See Lisa Nicole had admitted to the other girls that yes her husband had gone to the strip club. And this very same woman openly spoke at Heavenly’s event about what to do in the case of infidelity. But for some reason there’s still a part of her that believes Jill had set her up.

And with everything that has happened with Darren, it’s a bit silly of her to believe him when he said he only went to the club once.

Anyways, Quad was one of the no-shows at the event and it looks like she meant it when she said that she was taking a breather from the group. Though, just as she thought she could step away, she found out about Mariah’s recent miscarriage and knew she needed to reach out to her old friend. And push all their other issues to the side.

If you can remember that far back, Quad and Mariah used to be very good friends. Some could even say they were best friends. Yet one dispute ended up changing all of that.

It was an argument that snow balled until neither of them could barely acknowledge each other. But now after almost a year later, Quad made an effort to reestablish some of that old friendship. And so she went over to Mariah’s to support her in the after math of her miscarriage.

However, it wasn’t long before Quad brought up the other ladies and told her version of events in what happened with Lisa Nicole.

Only Mariah wasn’t that interested in jumping back into the fray. And though it hasn’t been easy, even without the others involved, Mariah has gotten to the point in her life when she knows to walk away.

So that’s what she did with drama that she was smart enough to know wasn’t her business.