Recap: Love And Hip Hop: Atlanta “In With The New”

On this week’s episode of Love and Hip Hop Atlanta, Tommie and Jessica get ready to head out on their double date and Jessica is trying to find out what the deal is between Tommie and Joc. Joc tells Jessica “Tommie and I have always had a friendship and she hit me up and ask me out on a date.” Jessica asks him “I thought you were dating someone?” Joc tells her “Karlie and I are not exclusive so I can do what I want.”

Sierra comes into her shop called the Glam Shop. There is a stylist named Lovely Mimi that is creating drama between Sierra and her assistant Moriah. Sierra pulls Moriah aside and tells her “Do not let Mimi come between you and I. You should never let a stylist see you taking up for her. Even if you want to take up for her do it in private.” Moriah tells her “I like Lovely Mimi. She is a good stylist.” Sierra reminds Moriah “Just don’t forget where your loyalties lie.”

Jasmine is upset because Kirk has stopped paying the bills on the apartment and she now has to move out. She calls Karlie over to talk to her and Karlie decides to go so that she can get a picture of the little boy to show Rasheeda. When Keanna and Jasmine’s son return Karlie is amazed at how much he looks like Kirk. She says “He even has a dimple like Kirk.” Karlie asks Keanna “Are you the baby’s nanny?” Keanna says “No, I am in a relationship with Jasmine and Rod.” This news shocks Karlie as well. Keanna also reveals that she was in a sexual relationship with Kirk. 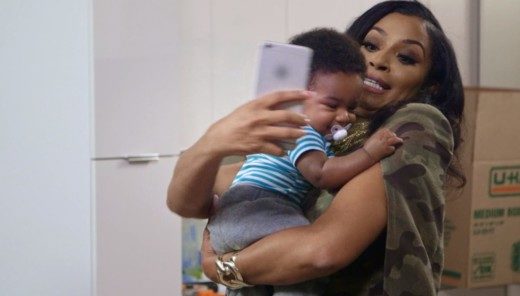 Bambi is frustrated with her relationship with Scrappy. She meets up with Momma Dee to talk about it. Bambi tells Momma Dee “I don’t know if we are going to get married because Scrappy has not grown up. He runs away every time we have an argument. If you need space in this big house then you need to stay wherever you are.” Momma Dee asks her “Give him a chance for ya’ll to work on it.” Bambi agrees.
Tommie meets up with Lovely Mimi to hang out with her and their kids. She introduces her to the city of Atlanta and for the two women to get to know each other. Mimi tells Tommie about growing up in Vietnam and moving to the States and growing up in the projects. Tommie shares her issues with her own mothargumentcohol. She tells Mimi “I’m trying to get my drinking under control and work on myself.” She then tells Mimi “I’m hanging out with Tammy, Waka Flaka’s wife, and she invited me to hangt out with a bunch of women who don’t like me. One of them was Karlie Redd who messed with my dude so I went out on a date with her man.” This makes Mimi laugh.

Scrappy is taking acting lessons with his friend Jasmine. He tells her “Bambi and I are not doing well.” Jasmine asks him “What’s going on?” Scrappy tells her “We are both having trust issues and I am staying at the hotel.” Jasmine is shocked to hear this. She asks him “Just tell me one thing. Is the wedding still on?” Scrappy says “I don’t know, but I’m willing to do it because I love him.”
Jessica heads out with Mimi and she brings along some of her friends including Moriah and her friend Treasure. Tommie is there as well. The evening quickly takes a left turn when the ladies start talking about how they take money from married men. This conversation seems to really upset Jessica. She says “I really just came out to have a few drinks and a good time, but hearing these chicks talk about how they take money from married men is making me angry.”

Jessica does decide that this is the time to clear the air with Tommie about the situation with Joc. She asks her “Are you really dating Joc or did you just do that to piss Karlie off.” Tommie is very nonchalant in her response. She tells Jessica “I like Joc as a person. I rock with him, but we’re not dating.” Jessica seems a bit taken aback by her answer. Tommie doesn’t care about her reaction.
Joc and Karlie are taking photos for her sex book. Joc takes the photos for her. When they are done Karlie tells Joc that she met up with Jasmine. She tells him “The baby’s name is kannon.” Karlie tells him “I got a picture of the baby.” She shows Joc and suddenly Joc has a secret to reveal. He tells Karlie “I smashed Jasmine around the same time Kirk did.” Karlie is freaked out. She tells him “You are a straight up ho!” She then asks him “Could that baby be yours?” Joc says “We used a condom. I need to go talk to both Kirk and Rod because they’re my boys and let them know that I slept with her.”

Momma Dee is up to her old meddling ways again. She calls Scrappy and has him meet her at a community center. When he gets there she tells him “There is something I want you to see.” When she opens the door Scrappy’s dad, stepmom and Bambi are waiting inside for him. Darryl Sr tells them “A relationship is a process.” Bambi agrees and tells Scrappy “I feel like I want something that you said you wanted but you run away.” The conversation breaks down into a huge arguement. Scrappy’s stepmom says “Is this how ya’ll communicate all the time?” Scrappy says “Yes.” Bambi becomes frustrated and storms out. Scrappy says “It’s over.”

Tommie comes to Sierra’s shop to check things out and she and Mimi are having a conversation. Sierra steps over and asks Mimi to bring down her level of conversation. Tommie says “We’re the only ones in here talking.” Sierra says “It’s the things you guys are talking about.” Moriah says “We need to go out and have a couple drinks.” Mimi agrees and invites Sierra to go with them. She is less than thrilled with the invitation, but decides to accept it to show that she is not as uptight as Mimi and Tommie think she is. 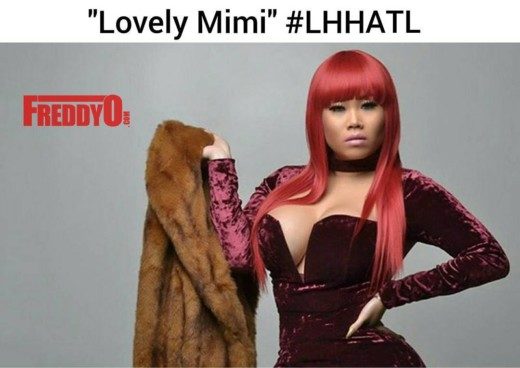 The group heads out to the XS lounge after work. Moriah thinks Mimi is alot of fun, but Sierra is not feeling her at all. Sierra decides to address the incident in the shop. She tells Mimi “Things in my shop will run the way I want them too, not the way you want them to. Today you were completely out of control.” Mimi does not take kindly to Sierra’s words and the two ladies nearly come to blows. Moriah is very upset.