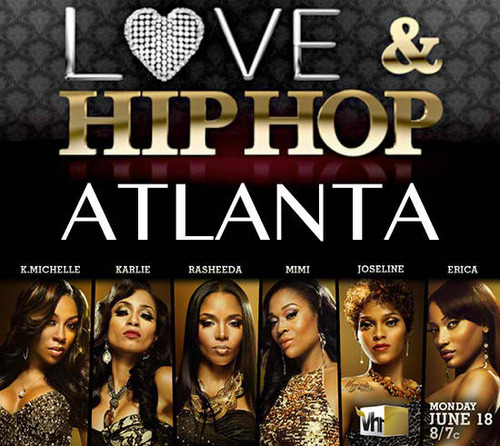 Kirk tries to save his marriage and Joseline tries to create one in the season 2 finale of Love and Hip Hop Atlanta. Also, Scrappy gets some clarity while in rehab, and K. Michelle makes a big announcement. Check out the recap and video inside… 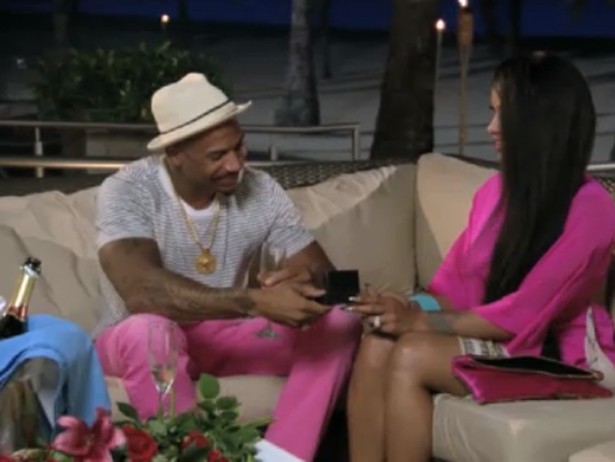 Last week Joseline played the engagement card and actually proposed to Stevie J. And we waited all week for an answer, and his was….drumroll….”I’m not gonna say yeah right now. And I’m not gonna say no.” Say what now? So…what are you saying? It doesn’t even matter. Joseline takes it as a soft yes, and couldn’t be happier. Bless her heart. 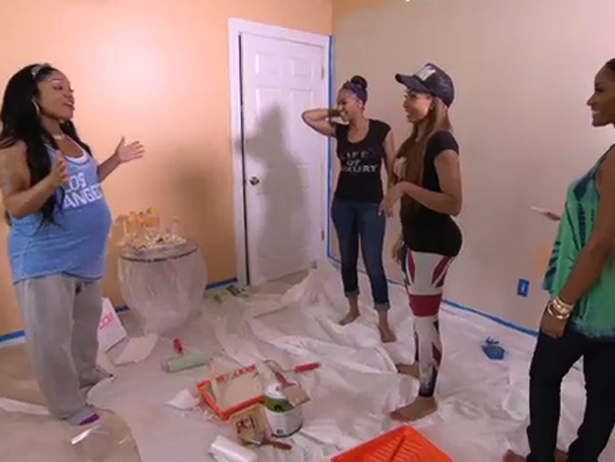 Rasheeda announces that she’s having a boy to her girls as she invited them over for a paint party. She also says she’s content with being a single mother, and is still moving forward with her separation from Kirk. 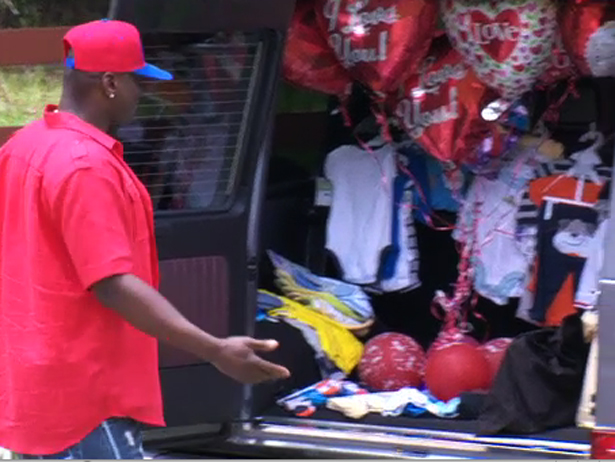 But of course he doesn’t take that sitting down, and shows up to their house with a van full of stuff for Baby Frost. Rasheeda makes it clear that he would have to buy way more than balloons and onesies to get back in her life. And at this time, the separation still stands. 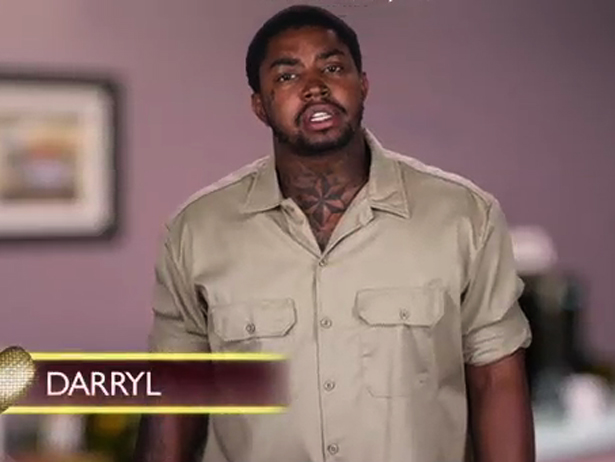 Everyone, meet Darryl. Scrappy has taken a vacation, and Darryl has come forward to right his wrongs. Let the church say amen. He realized that the Mary Jane he was hooked on clouded his judgement and he was using it to hide from the drama between Momma Dee and Erica. And speaking of Ms. Dixon, she also paid Scrap–uh, Darryl, a visit while in rehab and gave back the ring. She says even though they have love for each other, it’s just really time to let it go. 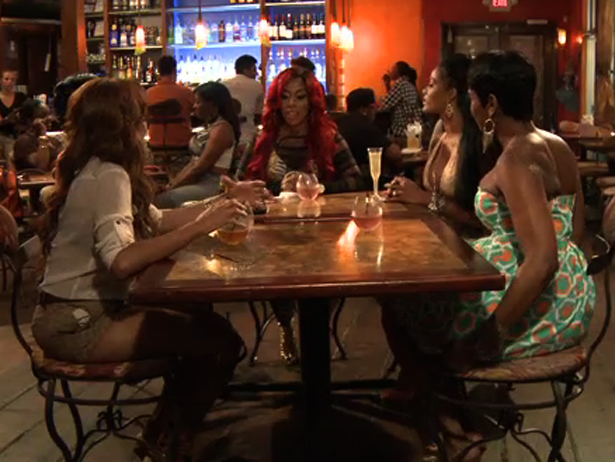 K. Michelle gathers all her frenemies together for drinks and lets them know she’s outie 5000 with Atlanta. She is down with ATL and is moving on to New York to continue her music career. This whole season we saw K. get into it with everyone except Mona Scott-Young, the show’s producer, and it’s nice to see her make amends and clear the air with her cast members. 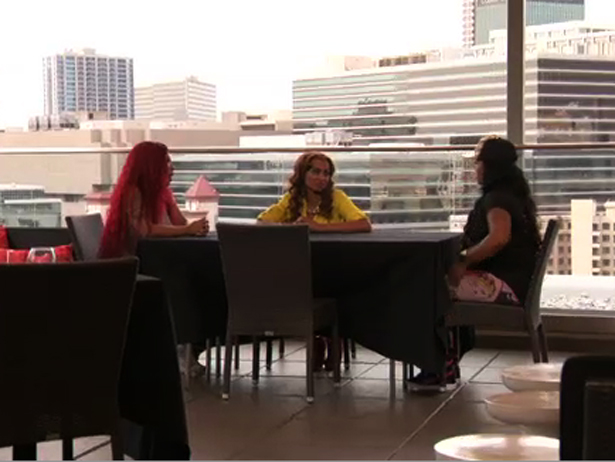 She even has a little sit down with Rasheeda, who also agrees to let bygones be bygones. But don’t be mad that we want to hear that song K. Michelle made up about Kirk and Rasheeda a few episodes back. New York, you got a live one on your hands. 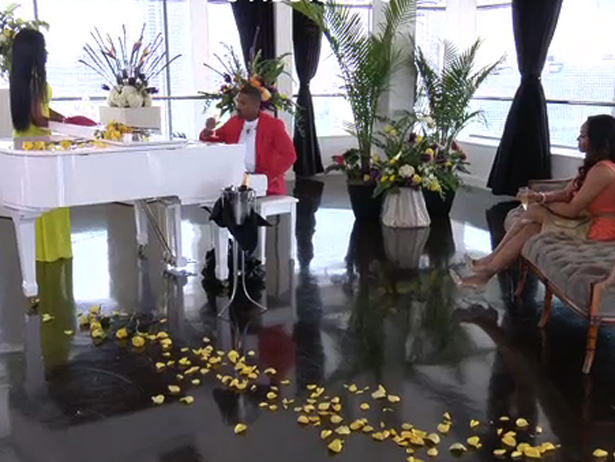 You really didn’t think the season would end without one last display of ratchetness from Stevie J and Company right? Of course not! So Mr. Get On My Bus calls Joseline to meet with him (as he tickles the ivories on a grand piano) to discuss their engagement. Oh, wait. Mimi is there too. Joseline is clearly on edge as she Stevie discusses his “family,” and how that will always include Mimi and their daughter. 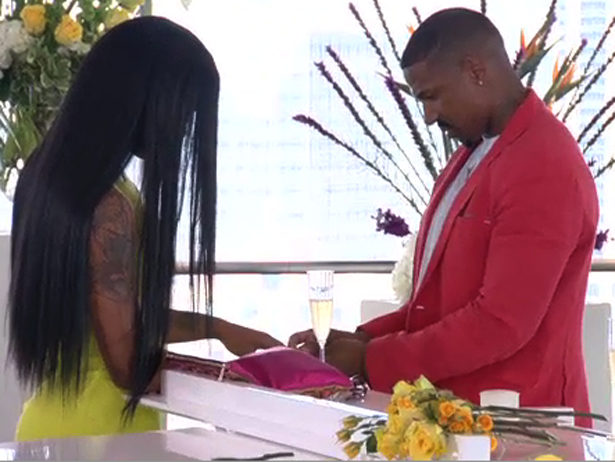 The tension builds as he pulls out a ring for Joseline. Yes! She finally got him to put a ring on it! But wait! What’s this? Stevie turns to Mimi and hands her a ring box as well as a small token of his appreciation.

What kind of family reunion is this? And yes, Joseline reacted the same way you think she would. Deep heavy sigh. Can’t wait until the reunion!

Bet's new reality show "Encore" was all about taking female artist from past girl groups and form a super group, they started with 9...
Read more
Videos

Yesterday on of my new favorite artist Doja Cat, drop her new video "Say SO," check it out and tell me what you think?...
Read more
Reality TV