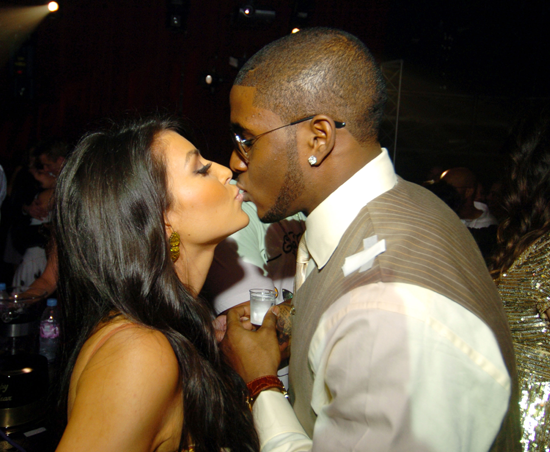 Kim Kardashian’s ex-boyfriend Reggie Bush is reportedly down and out over the news of Kardashian’s engagement to NBA player Kris Humphries. The New Orleans Saints running back backed out from the Wednesday launch party for the Gumball Rally 3000 in London, Life & Style reported.

“We heard Kim got engaged, so we think that’s why [Reggie] didn’t turn up,” a party-goer overheard Bush’s teammate Cody Green tell a friend at the party. “He must be pretty cut up. He sounded like he was, and that was why he didn’t make it down.”

Aside from Reggie being upset the rest of the Kardashians are elated about the news:

“I could only imagine Kim having the hugest wedding.”

The rest of the family has embraced Humphries too, though the two families haven’t formally met yet.

“Kris is a great guy, and I really like him,” Kardashian’s step-dad Bruce Jenner told Life & Style. “He’s just different for Kim. He’s just a solid guy from Minnesota. There doesn’t seem to be too much drama with him. I think he’s a good match for her.”

“He gets along with every single one of us, and that is not easy to do,” Kardashian’s mother, Kris Jenner, told People. “When you date one of us, you date all of us. We’re all going out with Kris.”

“I haven’t seen her this peaceful and content and over the moon, ever! That makes me happy. When your kids are happy, you’re happy,”