Remy Ma alleged assault on Brittney Taylor may be cleared 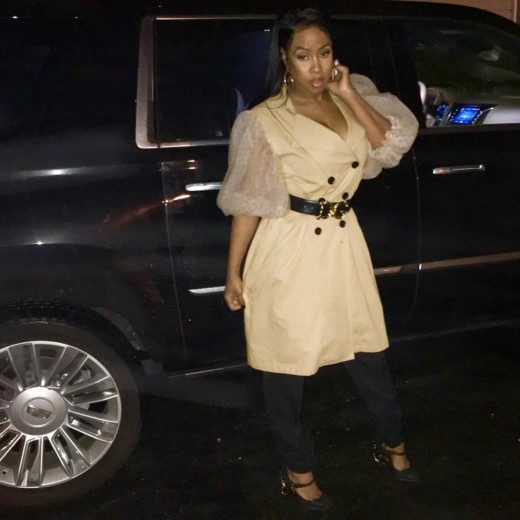 Rapper Remy Ma has been feuding with Love and Hip-Hop co-star Brittney Taylor. Brittney pressed charges on Remy for allegedly punching her in the face. However, Remy claims that she has evidence that she wasn’t even on the scene during the alleged assault. No face, no case.

Sources say Remy has visual evidence proving she was at home the whole time this alleged assault took place. Remy Ma’s lawyer believes prosecutors will drop the case after seeing this evidence.

Remy is 37 and has recently had a child.

Brittney Taylor is from Newyork and is a 24 year old reality TV star and music artist.

The two have been having differences for a while and it seems it has escalated. Allegedly of course. Despite, the lack of proof, Remy was arrested, she posted bail, and rumors of Brittney sueing have surfaced. After watching episodes of Love and Hip Hop it seems there were warnings before the storm, however, that doesn’t prove anything in a court of law. It could have been someone who looks like Remy who assaulted Brittney, perhaps a fan. Time will tell what happens in this developing story.

Remy’s defense states that she left home that evening, went to a local Target to shop for items for her infant daughter and didn’t arrive at Irving Plaza until around 10:45PM, roughly 15 minutes before she was scheduled to hit the stage at 11PM.