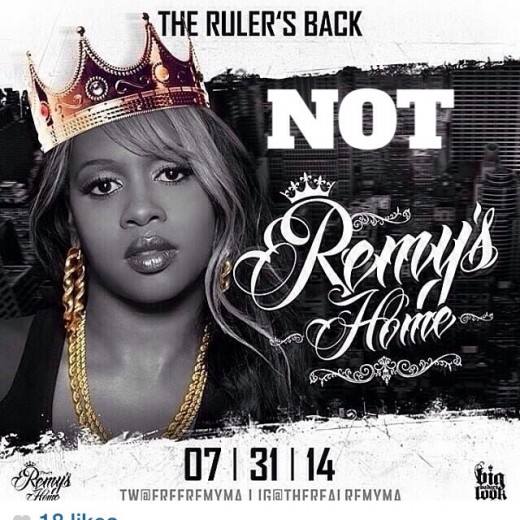 Rapper Remy Ma will have to wait a little longer before she’s released from New York’s Bedford Hill Correctional Facility.

According to MTV News, Remy Ma was set to be freed Thursday, but her release has been postponed because of a “misbehavior report.”  A Department of Corrections spokesperson explains that the former Terror Squad member was disciplined on July 21st for a phone violation known as “third party calling.”  That’s when a prisoner’s phone call is dispatched from an approved contact to a third party that isn’t on the prisoner’s list of contacts.  Officials expect the misbehavior report to be resolved in “the next week or so.”

In May 2008, Remy was sentenced to eight years in prison for shooting another woman in the stomach.

Hopefully this issue can be resolved so Remy Ma can begin the next phase of her life.