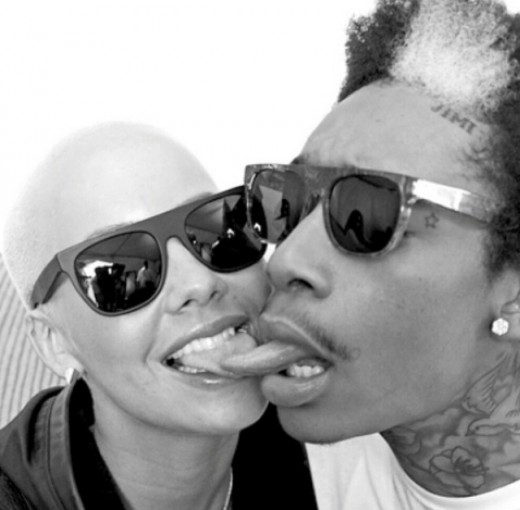 It looks like Wiz Khalifa’s estranged wife, Amber Rose, may be moving on with the help from a member of French Montana’s family.  TMZ reports that Rose is dating French Montana’s brother, Zack.

Well, those of you rooting for Amber and Nick Cannon appear to be WRONG! After Wiz and Amber split last month, Amber was rumored to be dating “America’s Got Talent” host Nick Cannon.

Apparently, Amber had hopes of keeping the relationship under wraps so it wouldn’t cause any drama between her and Wiz.  However, the two were reportedly spotted together over the weekend in New York City.

Well, all the best to Amber!  Sound off below!  Should she get back with Wiz or move on?

Chris Brown and Karrueche were due in court early Thursday to hash out details of Kae’s restraining order case against Chris. Unfortunately Chris did...
Read more
Atlanta

[youtube https://www.youtube.com/watch?v=YqmsYptt7PA] Shelby Lowery recently had an appearance on Iyanla Fix my Life and discusses some interesting topics that no one knew about. Well he...
Read more
Celebrity Breakups

As of recently, a number of rumors about Musiq Soulchild’s love life have surfaced.  Of all the new rumors, the most interesting is the...
Read more
Celebrity Breakups

Usain Bolt had to give up one of his nine Olympic gold medals on Wednesday after his Jamaican teammate, Nesta Carter, tested positive for...
Read more