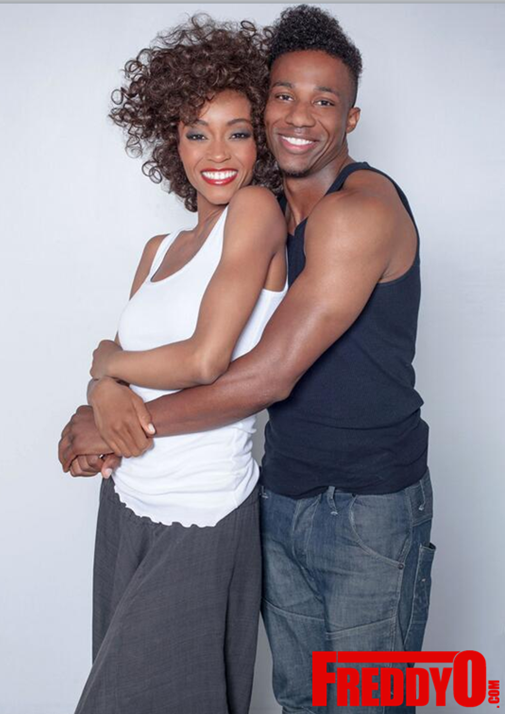 Reunited and it feels so good the first image of Whitney and Bobby for Lifetime’s biopic was leaked earlier today featuring Yaya DaCosta and Arlen Escarpeta.

Whitney Houston and Bobby Brown’s love story is coming to a small screen near you thanks to Lifetime. The couple looks just like their iconic characters. The hair is everything! Belizean actor Arlen Escarpeta will play the role of Bobby Brown and the lovely Yaya DaCosta who will play Whitney Houston. They look like the good old 90’s when the couple was in love and all was well in R&B. I can’t wait to see the movie!

Angela Bassett posted an open casting call on her Twitter account, inviting anyone in LA who would like to come and be an extra in the biopic to show up for food and fun. Sounds like a good time for the lucky kids in LA! 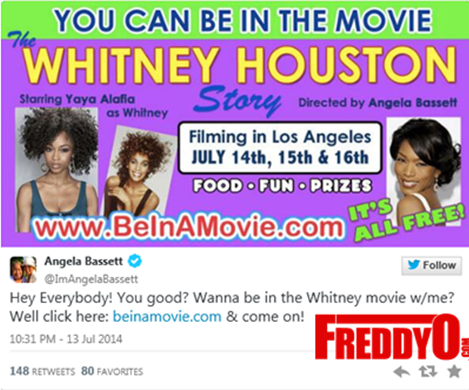 I think it’s going to be a great movie. I am loving Lifetime’s new focus on black cinema and telling African-American stories. Do you think Yaya DaCoasta and Arlen Escarpeta will do a good job?