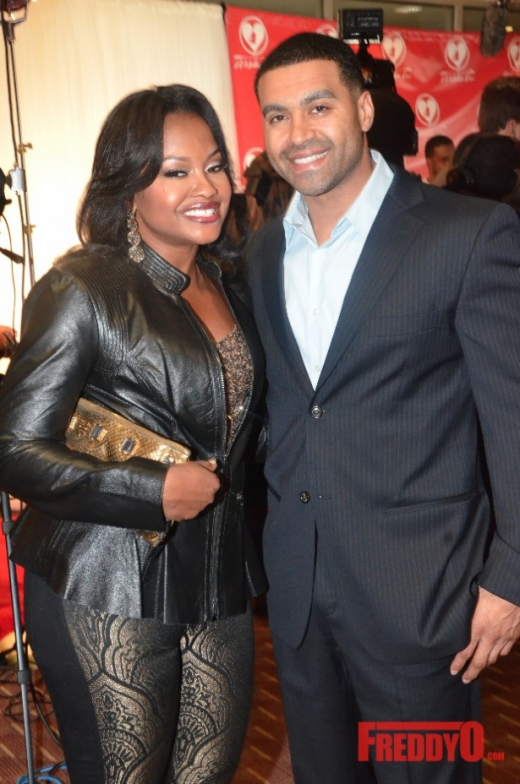 According to a prison spokesperson, Apollo Nida turned himself in on Thursday.

Apollo Nida, the husband of Real Housewives of Atlanta lawyer/business woman/reality tv star Phaedra Parks, 40, was supposed to turn himself in Wednesday to a federal prison to begin serving an eight-year sentence for bank fraud and identity theft – instead, he skipped the deadline and went to his Phaedra’s house to pick a fight about her not putting money on his books. Everybody knows that a prisoner needs money on his books to survive. Word on the street is that the fight was caught on film by the RHOA cameras. I guess the RHOA producers will put a couple of dollars on his books so he can order some tooth paste and some honey buns.

Apollo took to Twitter to thank his fans for the support and to acknlowdege his arrival to prison. 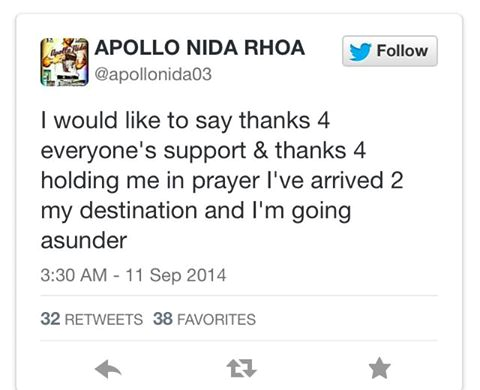 I am glad Apollo did the right thing. This is hard on their family and we pray that things will get easier for Apollo, Phaedra, and the cute baby boys.

Phaedra’s publist shared the following release about her thoughts on the matter,

“Phaedra is now putting all of her energy into ensuring the well-being of her two children and making decisions that are in their best interests. This situation has put a tremendous strain on Phaedra and her family, and she is working hard to bring back a sense of normalcy to everyone’s lives.”

Our thoughts with the family.

What do you think?
Tell me your thoughts in the comments below.