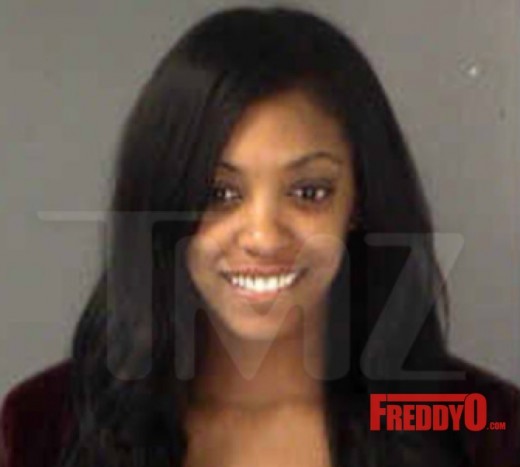 RHOA’s Porsha Williams has an excuse for her fast driving and released her side of the story. Check out the details below.

Porsha Williams was pulled over for driving going 78 mph in a 55 mph zone; after reviewing her record the reality star was immediately arrested for driving on a suspended license. Once the news broke, Porsha Williams issued the following statement:

“I was headed to visit my grandfather who is very ill with cancer in the hospital, and I was pulled over. I was wrong for speeding absolutely and apologize for putting anyone at risk. I tried to explain the situation to the officer and show him that all my paperwork was in order, but he refused. Handcuffs are not comfortable or a good look for anyone. I was released, I have my license, my car, and my freedom.”

WOW! Hopefully everthing will work out for Porsha, her grand father, and her driving situation.
What do you think?