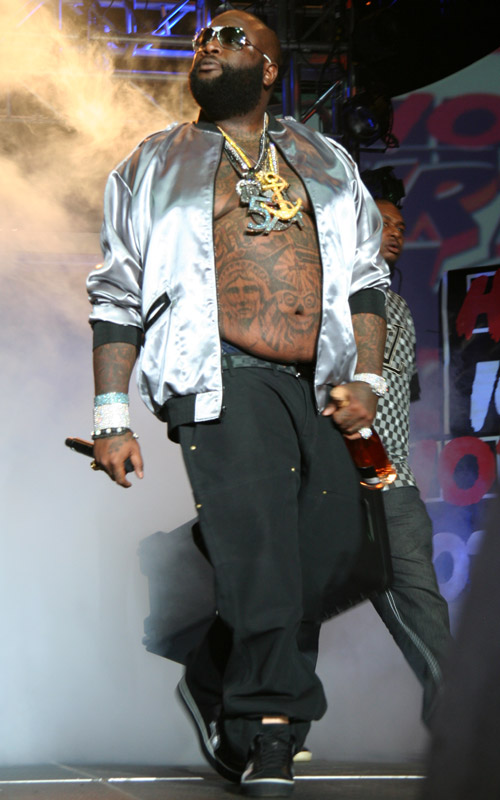 After canceled shows and a brief Twitter hiatus Maybach Music Group CEOÂ Ricky Rozay lightly addressed the public concern surrounding his health.Â As you knowÂ two weeks agoÂ  he suffered fromÂ 2 seizures on board different airplanes, which caused him to fall unconscious. Many artists from his camp including Wale cofirmedÂ that the “BMF”Â rapper was doing well, but that wasn’t good enough for us. Right on cueÂ Â Ross returnedÂ after a14-day hiatus on Twitter, not only to promote his artist Wale and his upcoming MMG album, but also to reassure his fans that he’sÂ  doing great.

Rick Ross sent out a simpleÂ  â€œ#thebossbackâ€ tweet to his timeline earlier which brought life to his die hard fans and followers. Shortly after he tweeted in reference to his health and well being â€œstronger than Ive ever been..â€ before closing out his comeback tweets with â€œricher than I ever wuz.â€

Although there’s no official word as to what triggered his medical scares 2 weeks ago we’re happy that he’s well now. What do you guys think triggered his seizures? Do you think he’ll make the necessary changes to his lifestyle?