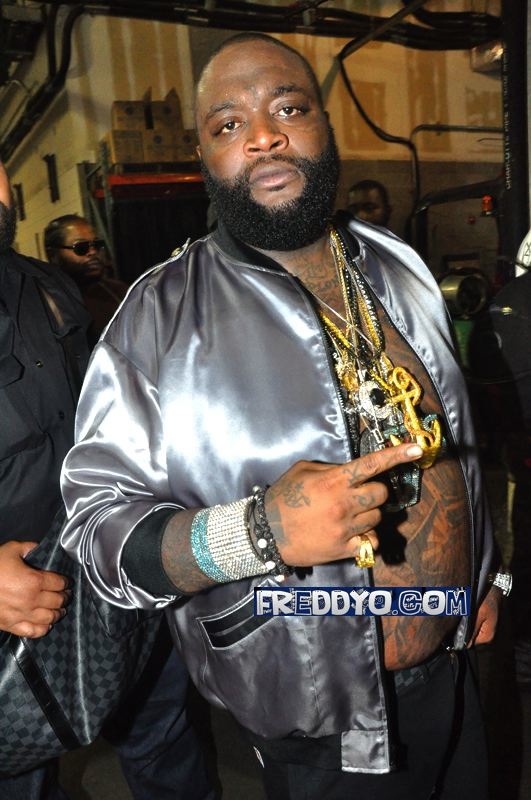 Rick Ross is being recognized for his incredible success in 2010. In their annual year-end issue, “The Source” names the rap star its Man of the Year. Rick Ross captivated hip-hop fans this past summer with his fourth studio release, “Teflon Don.” The album debuted at number two on the Billboard 200 back in July, and has sold more than 500-thousand copies in the U.S. thanks to singles like “Super High,” “B.M.F. (Blowin’ Money Fast),” and “Aston Martin Music.” Rick Ross is also widely regarded as having one of the best mixtapes of the year with “The Albert Anastasia EP.”
Also receiving praise from “The Source” is Pittsburgh’s Wiz Khalifa. The up-and-coming rapper is 2010’s Rookie of the Year. Wiz Khalifa — who is reportedly an avid weed smoker — says his rising success is about more than just his pro-pot stance. He states, “It’s not just the weed. The music is awesome. The music is great.” “The Source’s” year-end issue will hit newsstands on December 21st.