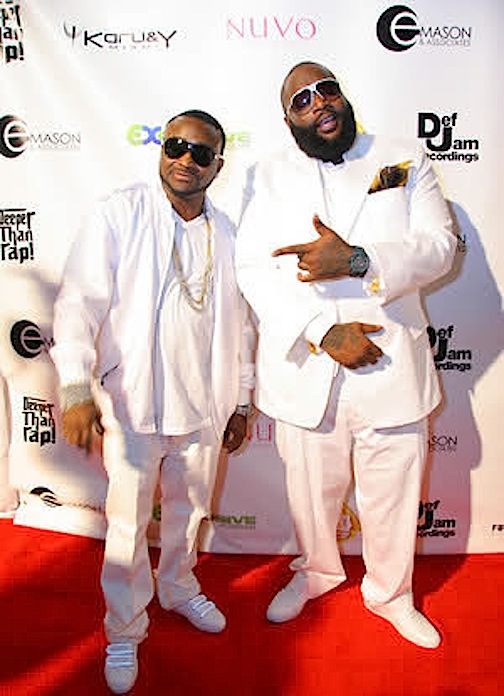 If I didn’t know any better I would venture to say that 50 Cent had hacked the Teflon Don’s twitter account. Early this morning, a stream of crazy tweets came out promoting all things 50 cent. Whoever the hacker was definitely loved them some 50 cent. What’s confusing is, if they love 50 cent, why did they come for 50 cent’s new addition to D4L Shawty Lo? 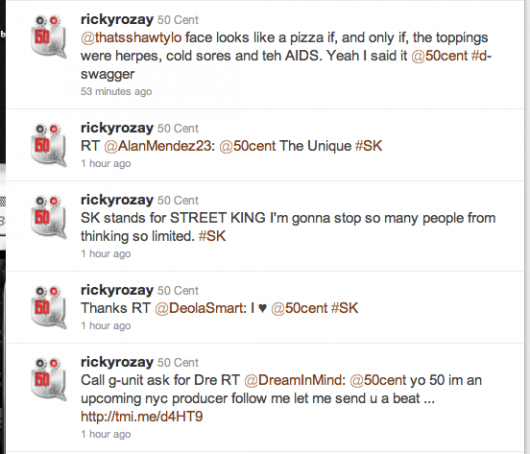 I can’t believe they called Shawty Lo out like that though. They diagnosed dude with a slew of STD’s. The hacker even mentioned trying to get with Wiz Khalifa’s girl Amber Rose. Then they tried to make it seem like it wasn’t 50 Cent who hacked into the account. 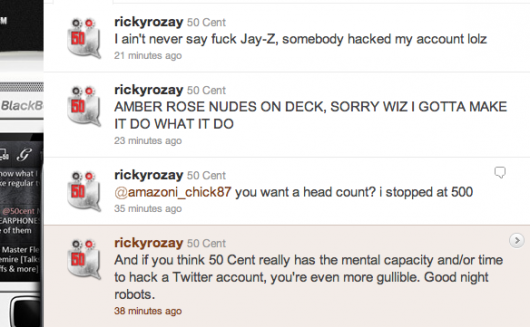 The Maybach Music Group’s twitter page has announced that Rick Ross’s account was indeed hacked. Who do you think the culprit was? 50 cent himself or somebody in 50 Cent’s camp? Or just an overly obsessed 50 cent fan?