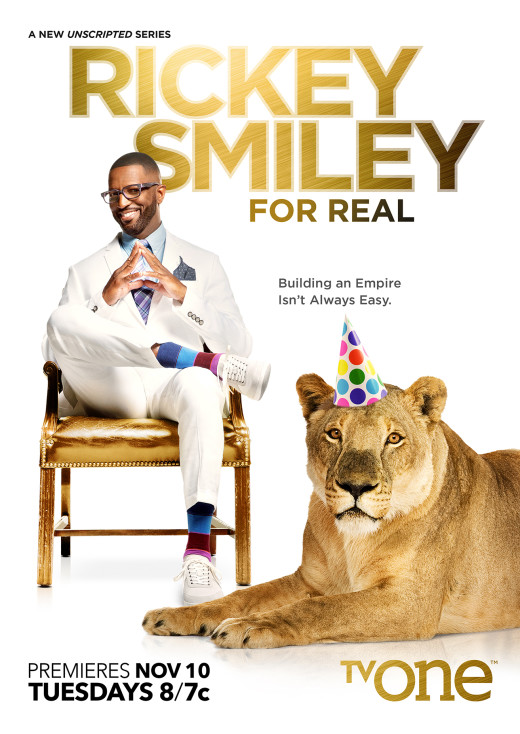 SILVER SPRING, MD) – NOVEMBER 10, 2015 – Award winning national syndicated radio personality, host and stand-up comedian Rickey Smiley returns to TV One with the premiere of his new docs-series Rickey Smiley For Real on Tuesday, Nov. 10 at 8 p.m. ET. The hour-long series takes a humorous look at Smiley’s hectic life as he manages his career, single fatherhood and personal life. TV One’s Rickey Smiley For Real is a voyeuristic view into what makes Smiley a successful media mogul in radio, comedy and television, as well as captures the syndicated host as he juggles two families – one at home and the other at work.

Throughout the season, viewers get a sneak peek at Smiley’s most important role – fatherhood – as he keeps his head above water with an untraditional schedule and lifestyle. They will see Smiley in both relatable and un-relatable situations – cooking dinner, performing on stage, family outings, business meetings, raising his kids, celebrity dates and coaching co-workers – as well as get an insider’s look at his professional life on the road, in-studio and backstage. Splitting his time between Atlanta and Birmingham, as well as his struggle to find work-life balance while trying to maintain a love life will be a central focus of the series. As a notorious bachelor, viewers will see him get real about romance.

“Rickey Smiley For Real showcases the ‘real’ Rickey,” said D’Angela Proctor, TV One’s SVP of Original Programming and Production. “We see his real job, real friends, real kids and his really crazy life. As a successful member of our Radio One family, Rickey’s return to TV One is sure to resonate with our audience.”